Kamal Haasan Hospitalised With Mild Fever, To Be Discharged Soon

The 68-year-old is recovering well and will be discharged in a day or two, the hospital said. 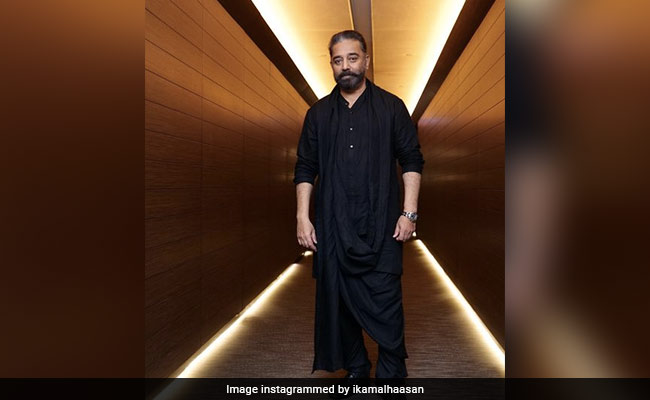 Kamal Haasan is admitted in a private hospital in Chennai

Actor-turned-politician Kamal Haasan has been admitted to Sri Ramachandra Medical Centre (SRMC) in Chennai. A statement from the hospital says the actor "was admitted on 23.11.22 with mild fever, cough and cold. He is recovering well and will be discharged in a day or two".

Abbas, a spokesperson of Kamal Haasan's party MNM told NDTV, "Sir experienced mild fever and cough as he returned from Hyderabad last night. Since his home is far away from the hospital, he chose to get admitted. He is doing fine and nothing serious".

Kamal Haasan had posted a picture on Instagram with veteran filmmaker K. Viswanath at the actor's Hyderabad residence. They both have earlier collaborated in award-winning movies including Swati Muthiyam and Sagara Sangamam. Along with the picture, Mr Haasan wrote, "Met the master #k.viswanath sir at his home. Lots of nostalgia and respect!!"

Mr Haasan is hosting the latest season of Bigg Boss Tamil on Vijay TV and he is busy shooting for a Tamil Movie, Indian-2, directed by Shankar.

The veteran actor has worked in over 230 films. His works in Tamil, Telugu, Malayalam and Hindi have earned him the pan-Indian superstar title. Critically acclaimed movies like Nayakan, Indian, Hey Ram, Kuruthipunal, Swathi Muthyam, Saagar, Vishwaroopam and Dasavathaaram are credited to his name. Not just a great actor, Kamal Haasan is also a successful filmmaker and screenwriter. As much as the Vikram actor stays in the limelight for his exceptional projects, he also draws attention on social media for his priceless pictures with his family members.

Meanwhile, the actor is reuniting with filmmaker Mani Ratnam for an untitled project after 35 years. The duo worked together in 1987 film Nayakan. Speaking of the project, the superstar told NDTV, "I am excited about the project".