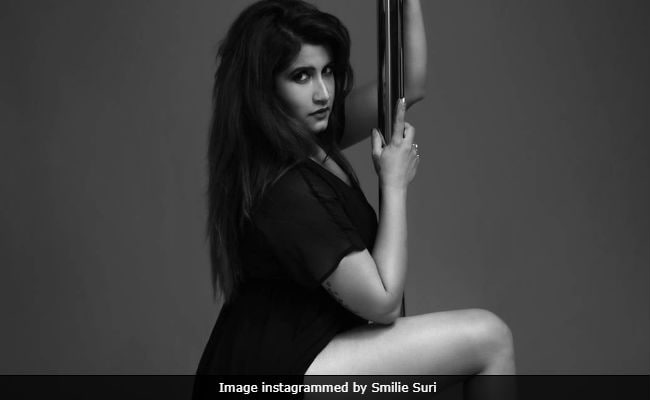 Smilie Suri did not star in many films after Kalyug. (Image courtesy: Smilie Suri)

New Delhi: Filmmaker Mahesh Bhatt's niece Smilie Suri debuted in Bollywood in 2005 film Kalyug, which was a critical and commercial success but the actress' career failed to take off after that. "After a hit like Kalyug, I didn't get any films and I come from a family of achievers. To be able to live through that and say 'I need help' is very difficult," she told news agency IANS. While battling depression, Smilie Suri was introduced to pole dancing, which she says gave her "the focus and grounding" she needed. Smilie Suri, 34, told IANS: "I took time to realise the true purpose of my life. Everyone takes their own amount of time to heal."

Of how pole dancing helped her through depression, Smilie Suri said: "It helps develop a focused state of mind and in the end, after training, I used to be so tired that I used to get a good night's sleep, which is hard to achieve otherwise. Malkham and pole dancing is like a 'tapasya' for the body and mind and it can help cure depression," reports IANS.

After Kalyug, Smilie Suri starred in Yeh Mera India. She had cameo roles in Crook and Teesri Aankh: The Hidden Camera. Smilie Suri also played the role of Rukaiyah in TV show Jodha Akbar for a few episodes.

Promoted
Listen to the latest songs, only on JioSaavn.com
Smilie is the sister of Mohit Suri, who directed Kalyug. Alia Bhatt, Pooja Bhatt and Emraan Hashmi are Smilie's cousins. Smilie Suri is married to Vineet Bangera, who is a dance teacher. Smilie and Vineet also participated in Nach Baliye 7.