What Irrfan Khan’s Spokesperson Said This Morning Before His Death

Wednesday morning, premature rumours of his death were circulating and were dismissed by his spokesperson in a statement 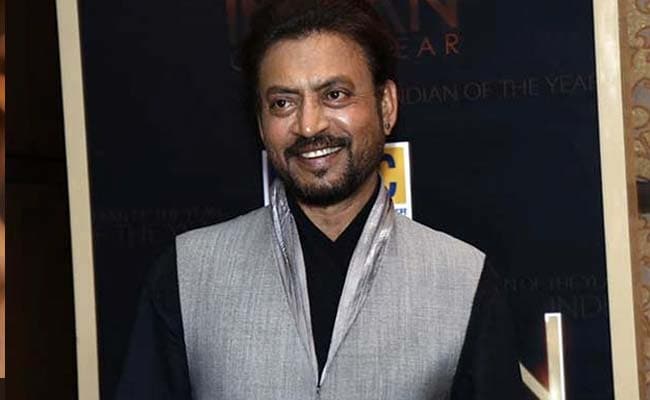 Hours before actor Irrfan Khan died in Mumbai's Kokilaben Dhirubhai Ambani Hospital on Wednesday, premature rumours of his death were circulating and were dismissed by his spokesperson in a statement. "It's really disappointing to know that there are extreme assumptions being made about Irrfan's health. While we are truly appreciative that people are concerned, it's disheartening to see some sources spread extreme rumours and creating panic," the 53-year-old actor's spokesperson said, reported news agency PTI. Irrfan Khan, who was treated for a tumour last year, was admitted to hospital after a decline in his health conditions because of a colon infection. "Irrfan is a strong person and is still fighting the battle. We really request you to not fall for rumours and not partake in these conversations which are fictional," his spokesperson added. Irrfan Khan died in hospital just hours later; he was diagnosed with a neuroendocrine tumour in 2018.

As news of Irrfan Khan's hospitalisation spread on Tuesday evening, the actor's spokesperson released this statement: "Yes, it is true that Irrfan Khan is admitted to ICU at Kokilaben in Mumbai because of a colon infection. We would keep everyone updated. He is under doctor's observation. His strength and courage have helped him battle and fight so far and we are sure with his tremendous willpower and prayers of his well wishers, he will recover soon." Irrfan's wife Sutapa Sikdar and his sons Babil and Ayan Khan were also reportedly at the hospital.

Irrfan Khan's mother Saeeda Begum died at the age of 95 on Saturday morning in Jaipur. According to news agency ANI, Irrfan, who couldn't travel from Mumbai due to the coronavirus lockdown, paid his last respects to his late mother through a video conferencing session.

Irrfan Khan was last seen in Angrezi Medium, which released a little over a week before the lockdown was imposed in India. The actor wasn't part of the film's promotions because of his health; he spoke to his fans via a video message ahead of the trailer release of the film. Twitter has erupted in grief after Irrfan Khan's death.