In Her "Story Of Triumph", Gul Panag Reveals What "Naysayers" Said When She Wanted To Become A Pilot

"When I got my Private Pilot's License 5 years ago, it was the culmination of a long cherished dream. A dream that would have remained a dream without an action plan," wrote Gul Panag 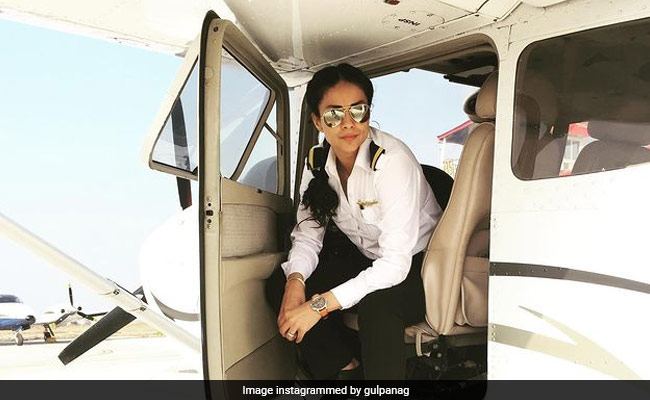 Actress-model-pilot Gul Panag's recent post on the power of self-belief is a must-read. Gul Panag, who received her Private Pilot's License in 2016, revealed in an Instagram post that when she started training to be a professional pilot, her intentions were questioned by some, which eventually turned out to be the motivational force for her. Describing being a pilot as a dream come true experience, Gul wrote in her post: "Set a goal. Make a plan. Go for it! When I got my Private Pilot's License five years ago, it was the culmination of a long cherished dream. A dream that would have remained a dream without an action plan. Making a plan isn't good enough. One has to regularly check-in and see what progress has been made, and re calibrate the plan if need be."

Sharing her experience of "finding a way forward" when it got difficult, Gul Panag added: "I had a lot folks ask me why I was pursuing flying when I didn't want to work as pilot. In fact when I started flying, I had folks say I won't be able to go through with it, that I wouldn't finish what I started. Truth be told, it wasn't smooth sailing. I got very busy with work right after starting. It became hard to manage time. It became hard to find the will to do so. And then I remembered the naysayers. And realised I owed it to myself, to find a way forward."

Gul Panag's is a "story of the triumph of self-belief, where we accomplish goals that others said we wouldn't be able to."

Gul Panag's husband Rishi Attari is also a pilot - the couple are parents to son Nihal. In 2016, Gul Panag had shared her success story of becoming a pilot in these posts, introducing her coach and her batchmates.

Gul Panag, a former Miss India, participated in the Miss Universe 1999 pageant. She debuted in Bollywood with 2003 film Dhoop and is known for starring in films such as Dor, Jurm, Manorama Six Feet Under, Hello and Straight, among others. In terms of work, Gul Panag was last seen in Prime Video web-series Paatal Lok, in which she co-starred with Jaideep Ahlawat. In films, she was last seen in 2019 movie Bypass Road.