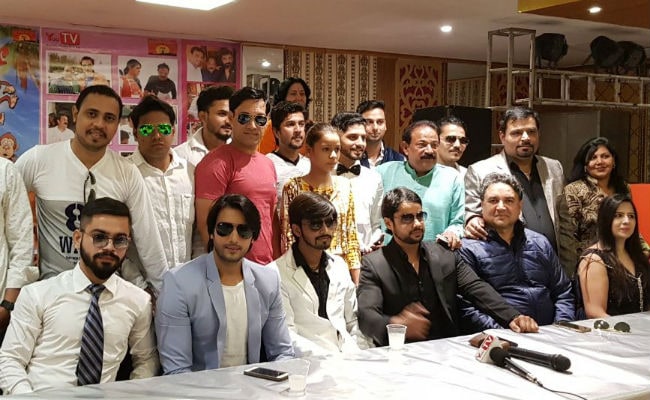 Ghaziabad: Ikram Akhtar fans are in for a treat. The King of comedy films will soon begin work on his latest story entitled, Hoor Vs Langoor. As the title suggests, the film will revolve around a female lead character being wooed by four male characters. The entire crew of this upcoming film were handpicked by Ikram at a 60-day audition held in UP and Gujarat. Close to 50 first-time men and women artists are at present attending a rigorous 15-day workshop in Agra, and the unit will go to floor in December, beginning their shoot from Agra itself. Multi-talented director, writer and Producer Ikram Akhtar carved a niche for himself in the genre of comedy with a series of successive commercial hits like Aankhen, Shola Aur Shabnam, Salman Khan's Ready and many more.

Ikram in not new to taking new cast for his film. In the year 2003, he made a film called Nayee Padosan, with an entirely new cast, which went on to be a great success. Once again, he has followed the same model for his second film entitled Hoor vs Langoor, the announcement of which was recently made in Ghaziabad.

Promoted
Listen to the latest songs, only on JioSaavn.com
A part of this crew is Dehradun's Satish Sharma who states, "I am very excited about the movie and am grateful to Ikram for thinking of me. This will be a new genre to work in and for now, my role has been kept a secret for me, all I have been told is that it will be a role that I will be remembered by."

Satish's movie Viraam which was showcased at Cannes Film Festival will be released pan India on November 24.