The list of films from which scenes have been used include Rajinikanth's 2010 blockbuster Enthiran, Ajay Devgn's Singham and the SS Rajamouli-directed Maryada Ramanna 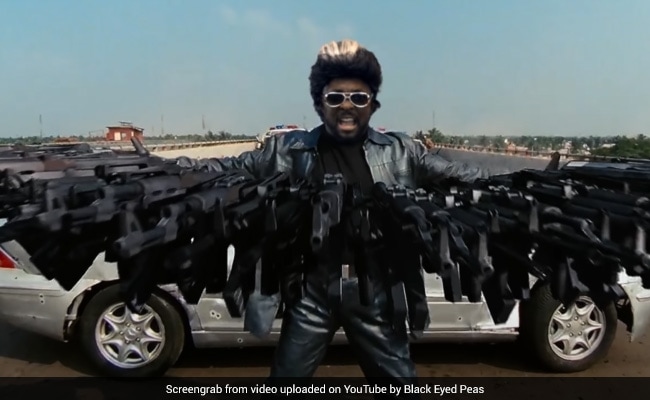 Buckle up for Action, the new music video from Black Eyed Peas, which uses deep fake technology to replace the faces of Rajinikanth and other actors with those of the band members in scenes from films such as Enthiran. If that sounds epic - it is. The video begins with a Star Wars-style scrolling warning - "Do not believe everything you see." In the caption to the video shared on Black Eyed Peas' YouTube channel, the band writes that they have been fans of Indian music from Asha Bhosle to Rahman and that this is their way of paying tribute. The list of films from which scenes have been used include Rajinikanth's 2010 blockbuster Enthiran, Ajay Devgn's Singham, the SS Rajamouli-directed Maryada Ramanna and 2015 Tamil film Aambala. Swedish film Kopps also makes an appearance.

On YouTube, the caption reads: "The Black Eyed Peas have been inspired by Indian culture from the beginning of our career. From Asha Bhosle to A.R Rahman, Indian music has influenced our songs on more than one occasion...This video for ACTION shows our love and appreciation for Bollywood and the imagination and awesomeness it brings to the screen. Thank you India and Bollywood."

The borders are blurring through art!#tamilcinema@directorshankar#rajnikant#indiahttps://t.co/kbED926VqH