"Your legacy will live on forever," wrote Ayushmann for Kishore Kumar 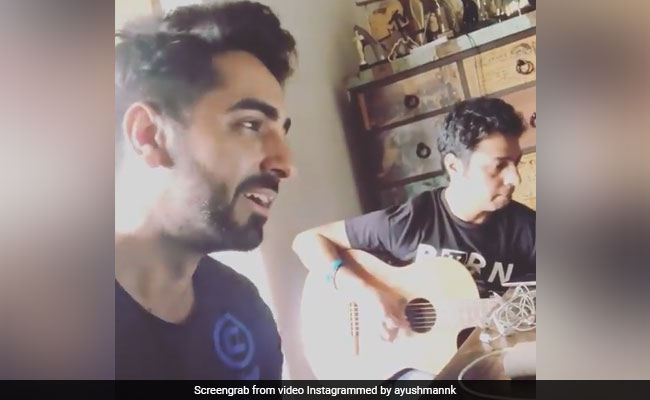 On legendary singer, actor and music composer Kishore Kumar's 33rd death anniversary, Ayushmann Khurrana remembered him with a heartfelt note and a throwback video. The 36-year-old actor, on Tuesday, posted an old video of himself singing the track O Majhi Re Apna Kinara, originally sung by Kishore Kumar, from Jeetendra and Hema Malini's 1975 film Khushboo. Paying a tribute to his "greatest inspiration," Ayushmann Khurrana wrote in a note on his Instagram story: "You have and will always be my greatest inspiration and your legacy will live on forever. Remembering the multi-talented genius Kishore Kumar today."

Sharing the clip, Ayushmann wrote a few lyrics of the track O Majhi Re Apna Kinara and added: "Posting a #Throwback video on Kishore da's death anniversary." For those who don't know, Ayushmann Khurrana is a self-proclaimed fan of Kishore Kumar, who died on October 13, 1987. 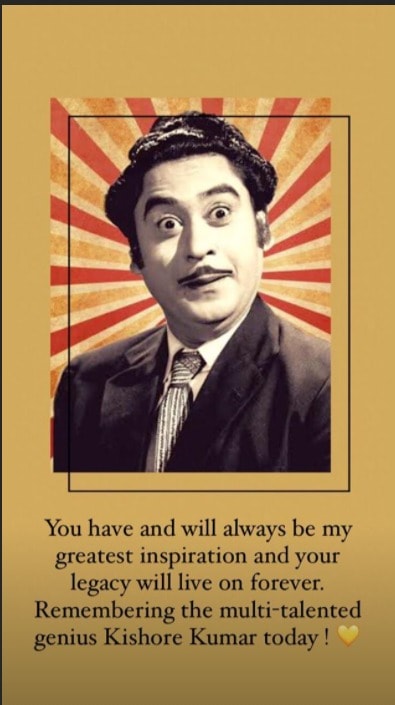 Ayushmann Khurrana, star of films like Vicky Donor, Shubh Mangal Zyada Saavdhan and AndhaDhun, was last seen in Gulabo Sitabo, in which he shared screen space with Amitabh Bachchan. The film, directed by Shoojit Sircar, released on Prime Video in June. The actor recently announced his new project - a film by director Abhishek Kapoor.