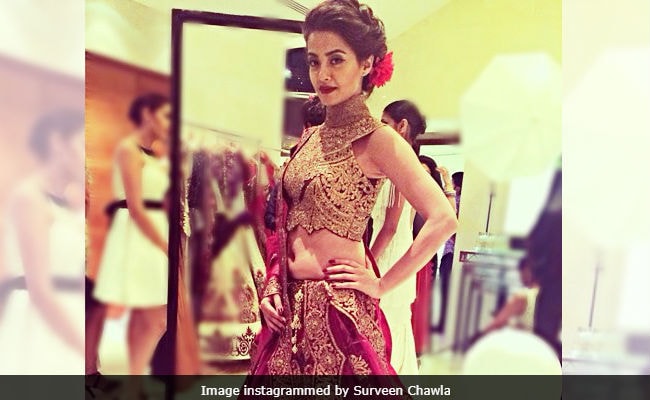 New Delhi: Actress Surveen Chawla is married. While the world was busy obsessing over Virat Kohli and Anushka Sharma's wedding gala, the 33-year-old Hate Story 2 actress married her long-time boyfriend Akshay Thakker. Surveen shared the news with her fans on social media. She shared a picture - a long distance dance pose - and captioned it: "And just like that, right in the middle of an extra-ordinary life, love gave us a fairy tale... #Married #bliss #EternalLove #GiveUsYourLove&Blessings." Although a Pinkvilla report states that Surveen has been married for two years now. "Surveen met Akshay through a common friend in 2013 and soon after, they fell in love. They got married in 2015, with only family and a handful of industry friends in attendance," a source was quoted as saying by Pinkvilla.

And just like that, right in the middle of an extra-ordinary life, love gave us a fairy tale.. .#Married #bliss #EternalLove #GiveUsYourLove&Blessings

Surveen Chawla started her career with television show Kahin To Hoga (2003 to 2007). She has also featured in Ekta Kapoor's shows like Kasautii Zindagi Kay and Kaajjal. On television, her last show was Anil Kapoor's 24.

Promoted
Listen to the latest songs, only on JioSaavn.com
Surveen debuted in Bollywood in 2011 film Hum Tum Shabana after she had already featured in a Kannada, Punjabi and Telugu film each. She did several films before she landed the lead role in Hate Story 2, which became her breakthrough film.

Her last Bollywood film was Parched, co-starring Radhika Apte and Tanishtha Chatterjee. She was last seen in short film Chhuri with Anurag Kashyap and Tisca Chopra.