Ghost Stories Movie Review: Tales Of Horror Have Never Been So Imperturbable

Ghost Stories Movie Review: Let alone genuine jump scares, the film does not even eke out moments that could be deemed spine-chilling. 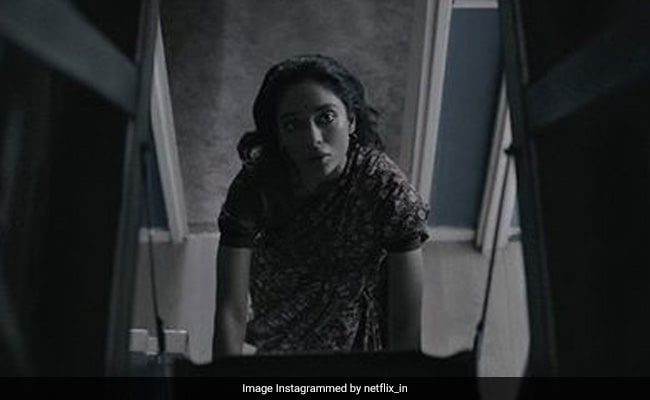 From the pure paranormal and macabre to the wickedly grotesque and facetious, Netflix's Ghost Stories, directed by the quartet that helmed the last year's Lust Stories for the streaming giant, straddles a range of impulses across its four tonally distinct segments. Despite the undeniably impressive craftsmanship that the directors and their technicians bring to bear upon the film, the anthology shocks... with its tameness. Tales of horror have never been so imperturbable.

Let alone genuine jump scares, Ghost Stories does not even eke out moments that could be deemed spine-chilling. But that does not mean that it is bereft of merit. Far from it. The film has all the ingredients that it does in terms of narrative devices. It is another matter that not all of them translate into truly petrifying sequences. Parts of it - especially the episodes directed by Anurag Kashyap and Dibakar Banerjee - are not as spooky as they are intriguing.

In the matter of craft, right from the opening animation and credits music (by Sameer Uddin), Ghost Stories is unblemished. The cinematographers are at the top of their games, as are the editors and sound designers. Indeed, on the surface, there is little in Ghost Stories that could be faulted for carelessness. The visuals, the pacing and the soundscape are all of the highest order. It is the final effect of the diligently orchestrated images that does not quite measure up.

Cawing crows, who make their appearance in the animated prelude and keep surfacing by way of sounds and/or visuals through the first three episodes before turning into an ornate golden handle on a walking stick owned by a long-deceased woman. Birds have, for eons, been harbingers of evil in the nether world. In Ghost Stories, when the crows let off their "kraa" call, we know what to expect. While heightening a sense of anticipation, this robs the stories of a crucial element - surprise.

While a couple of the segments fall back on a physical brand of horror to strike terror, the remaining two episodes seek to ramp up the fear factor almost entirely through the means of the 'presence' of a malevolent chimera floating around in dimly-lit corridors and rooms of haunted houses.

In Zoya Akhtar's segment, with which Ghost Stories opens, a young care-giver (Janhvi Kapoor) bargains for more than she can handle when she plans a secret date with her married lover (Vijay Varma) in the home of an old woman (Surekha Sikri), abandoned by her only son, struck by dementia and in need of constant medical attention. This is a ghost story in the classic sense of the term, with an Edgar Allen Poe-esque twist. 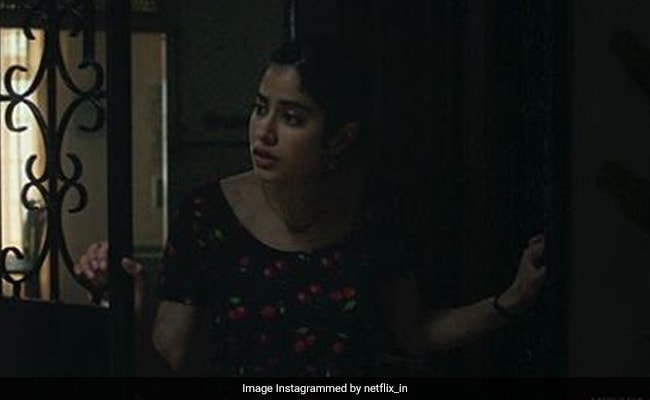 Ghost stories Movie Review: Janhvi Kapoor in a still from the film.

Barring a couple of scenes that generate an air of fearful suspense - here Tanay Satam's camerawork is on the money particularly in the way it makes a corridor in an old abode look longer than it actually is - the neatly composed episode does not eventually turn into something that could send a shiver down your spine.

However, it is fascinating watching Kapoor, who spouts dialogues penned by Vijay Maurya, hold her own against the formidable Sikri, who, on her part, recites William Wordsworth in a state of forgetfulness ("The things which I have seen I now can see no more," the wizened bed-ridden lady trails off).

Karan Johar's anthology-ending contribution, like his well-received episode in Lust Stories, is marked by an undercurrent of tongue-in-cheek drollery. The scion of a wealthy business family (Avinash Tiwary) hasn't got over the death of his beloved granny two decades ago. He still talks to her every night. He marries a girl (Mrunal Thakur) who has no patience for such claptrap. But there is a price to be paid for scepticism out here: a sinister plot is afoot in the sprawling, opulent household. 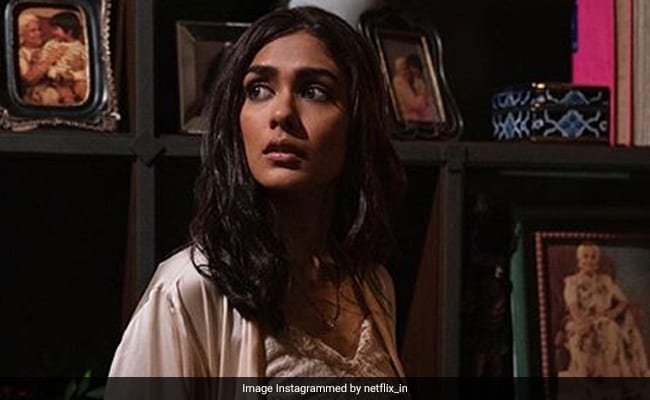 Ghost stories Movie Review: Mrunal Thakur in a still from the film.

The high points of this segment, scripted by Avinash Sampath, are a wonderfully steely performance from Heeba Shah, playing a stern, all-knowing housemaid, as well as a cameo by Jyoti Subhash as the crabby granny who has "only passed on, but hasn't died".

The segments crafted by Anurag Kashyap and Dibakar Banerjee, which constitute the two middle episodes of Ghost Stories, fly off at a tangent, each in its own way, and turn into horror yarns that go well beyond the strict parameters of the genre.

Banerjee's screenplay constructs a nightmare scenario of social distress, employing a political theme that centres on powerful people preying on the weak in the hope of regaining their lost imagined glory. A man (Sukant Goel), trapped in a soul-crushing itinerant job, ends up in a bizarre small town, Bees-ghara, whose inhabitants, barring a boy (Aditya Shetty) and little girl (Eva Ameet Pardeshi), have been eaten by cannibals from the big town, Sau-ghara. The visitor runs for cover - but out here there is really nowhere to run.

Kashyap delivers David Cronenberg-like 'body horror' in a story in which the affection of a schoolboy (Zachary Braz) and the obsession of a childless young woman (Sobhita Dhulipala) assume terrifying proportions. The metaphor of the noisy crow manifests itself in a literal and physical manner in this episode about birds, worms and lost eggs. 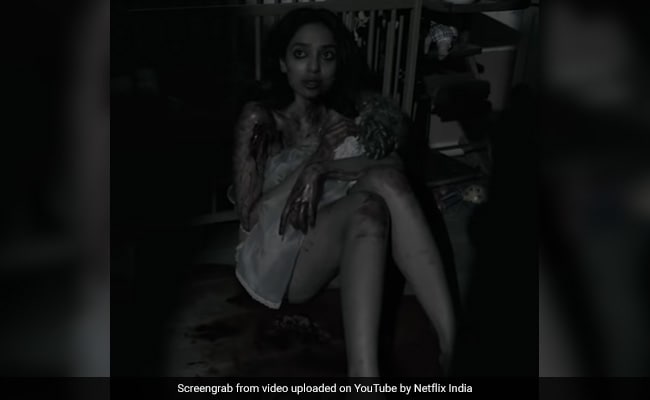 Ghost stories Movie Review: Sobhita Dhulipala in a still from the film.

The tale springs from a sensibility that borders on the defiantly radical and Dhulipala puts body (literally) and soul (figuratively) into her performance that blends maternal aspiration with manic malignancy. Kashyap, working with a screenplay by Isha Luthra, creates a dark world where even a child conveys menace and a would-be mother spells trouble.

There is no doubt that fans of the four directors will watch Ghost Stories with keen interest to see how each has approached the occult. The genre is stretched to embrace a wide swathe of concerns and methods. Each segment, as in Lust Stories, has a definite texture and style. The directors dip into their individual imaginations to come up with segments that bear their unique signatures.

Banerjee's episode strays into zombie film territory and Johar's thrives on the slyly amusing. In between, Akhtar and Kashyap, conjure up their own visions of the infernal. If only Ghost Stories had more shock and rattle written into its four segments, it would have given the crows something to crow about.