For Kalki Koechlin, a Script From Steven Spielberg 'Would be Nice' 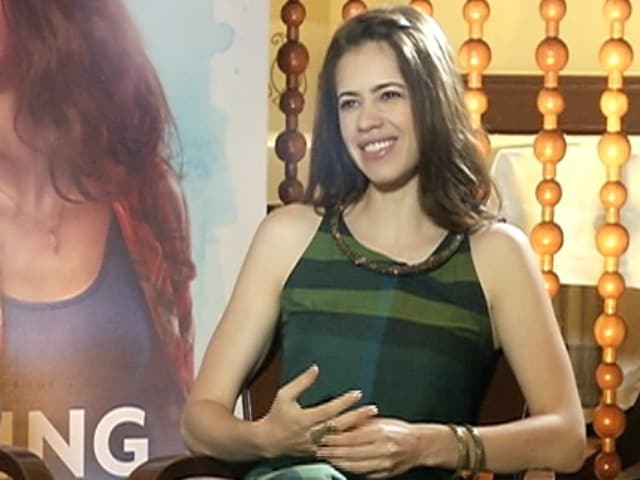 New Delhi: After winning Special Jury National Award for her work in Margarita, With A Straw, Kalki Koechlin, who steers clear of popular award shows, said that the National Awards are the highest recognition of an actor's work in cinema.

With the rather mainstream slant at the 63rd National Awards, the actress added that it's an exciting time to be in the film industry and that a film like Piku has proved that script and content is what drives cinema.

Kalki's next, Waiting, has been directed by Anu Menon and stars Naseeruddin Shah as well. About sharing screen space with the 66-year-old actor again after That Girl in Yellow Boots, Kalki said: "I was in awe of him and he sensed that, and he doesn't like that. I sensed that he sensed it and as sensitive people we both kind of became comfortable. I share a lot in common with him like books, theatre and I know now, he is fond of me."

When asked about actress Kangana Ranaut's recent comments on sexism in the film industry and how a confident woman is called names, Kalki said that it's a sexist world, not just the industry. She added that she took this as a challenge and that feminism need not be a battle - if there are issues amongst genders, public debates are not going to achieve much.

The actress, who is all set to host a TV show with her father Joel Koechlin, said: "We have started arguing already even before the shoot."

So what's Kalki 'Waiting' for? A script from Steven Spielberg? Is Hollywood on the cards next?

"I would like to do cinema. I speak French. So, I'm more than happy to do a French film. I'm also fluent in Tamil. So, can do a Tamil film too. But yes, a script from Spielberg would be nice too," she said.