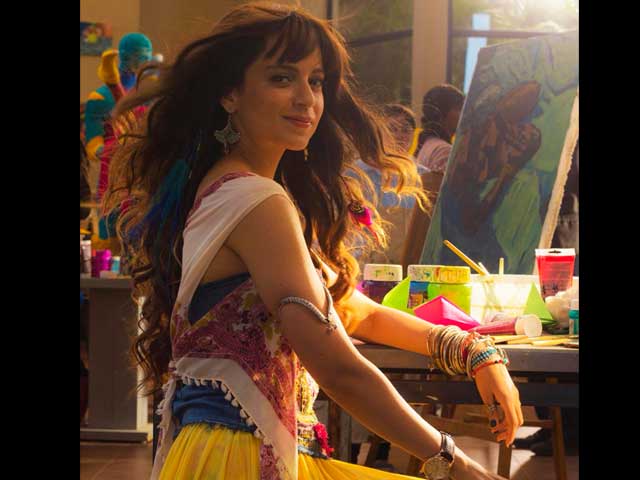 This image was posted on Twitter by UTV Motion Pictures

Actress Kangana Ranaut, who ruled hearts and the box-office with Queen last year, will next be seen playing a fine arts student in Nikhil Advani's Katti Batti.

Kangana's look in the film, which was revealed on Twitter, is very fresh and bohemian. The actress is bedecked with junk jewellery including bangles, watch and an armlet. She is sitting pretty in a blue tank top and yellow skirt.

Promoted
Listen to the latest songs, only on JioSaavn.com
Kangana, who will play a Delhi based art student named Payal in Katti Batti, will be seen opposite Imran Khan in the film.

Katti Batti is set to release on September 18.