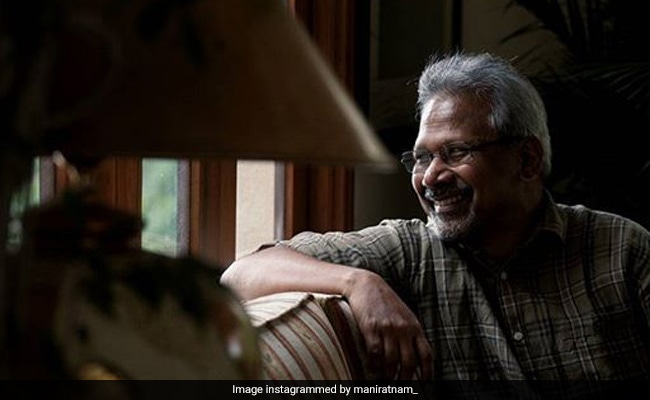 Celebrated filmmakers Mani Ratnam and Jayendra Panchapakesan have collaborated for a philanthropic project - a Tamil anthology titled Navarasa - to help those in the Tamil film industry who have been affected by the coronavirus pandemic. Because of the COVID-19 induced lockdown, production was shut across the film industry, affecting not only big budget projects but also primarily daily wage workers, technicians and crew members. Mani Ratnam and Jayendra Panchapakesan have "brainstormed" the idea of Netflix anthologyNavarasa, which will be made as a collection of nine short films, each representing a different emotion or rasa such as anger, compassion, courage, disgust, fear, laughter, love, peace and wonder - which explains the title.

While Mani Ratnam and Jayendra Panchapakesan will produce the anthology, the short films will be helmed by a list of renowned directors such as Karthik Subbaraj, Bejoy Nambiar, Arvind Swami, Gautham Vasudev Menon, Ponram, Rathindran Prasad, Karthick Naren, Halitha Shameem and KV Anand, who have agreed to come on board the project without charging remunerations as it's for a charitable cause. Oscar winning music maestro A R Rahman and music composer Karthik are also on board Navarasa. Netflix has also released a list of actors who will feature in Navarasa - Revathy, Nithya Menen, Aishwarya Rajesh, Siddharth, Suriya, Arvind Swami, Prakash Raj, Gautam Karthik and Ashok Selven are among the ensemble list.

Mani Ratnam and Jayendra Panchapakesan, in a joint statement, revealed that Navarasa was conceptualised during a "brainstorming" session, reported news agency PTI: "This time the brainstorming was for the cause of our own industry, to soothe and try and alleviate to some extent the agony of our people who had no work for months. The idea of making short films and raising money through them for this cause was born on one such brainstorming evening. We were thrilled when the idea resonated well instantly with leading directors, actors and technicians of the industry that we approached."

An anthology that will hit every emotional chord. Brought to you by Mani Ratnam and Jayendra. #Navarasa, coming soon.#ManiRatnam@JayendrasPOV@MadrasTalkies_pic.twitter.com/Eug84GypkT

"The idea of Navarasa was a spark when we discussed it and the industry has come together to make it glow, give it soul and make it count for its people. We are happy that Netflix has come forward to take this confluence of emotion, talent, people and the cause to the world," the filmmakers added.