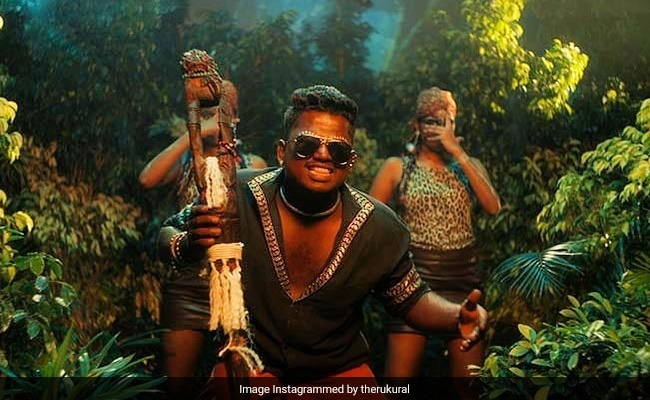 The viral track Enjoy Enjaami, originally sung by Dhee and rapper Arivu, started trending once again after it was performed at the 44th Chess Olympiad in Chennai this year. Rapper Arivu, in an Instagram post stated that he was not given credit for the song when it was performed at the ceremony. In his post, Arivu wrote that he has "composed, written, sung and performed" Enjoy Enjaami. "Nobody gave me a tune, melody or a single word to write this one. Spent almost 6 months of sleepless and stressful nights and days for everything it is right now. No doubt it's a great team work. No doubt it calls everyone together," he added. Singer Dhee and composer Santhosh Narayanan shared statements about the ongoing controversy surrounding the song as well.

This is what Arivu posted:

The song's composer Santhosh Naryanan shared a statement explaining the ownership and revenue sharing of Enjoy Enjaami. In his statement, Santhosh Narayanan wrote, "In December 2020, Dhee came up with an idea of creating a Tamil song which glorified our roots and celebrated nature. I then composed, arranged, programmed, recorded and co-sang Enjoy Enjaami. The above said work of mine is often referred to as 'Producer' globally, as many already know in the independent space. Dhee, Arivu, and myself came together with a lot of love for each other and for the love of independent art."

In her statement, singer Dhee stated that the song "was a team effort." She wrote: "I have always made sure I give credits to Arivu as the writer/singer and Santhosh Narayanan as the producer/composer at every point. I have proudly spoken about them, specifically Arivu, every chance I got. At no point have I diminished or downplayed both of their importance in Enjoy Enjaami. I only wanted Arivu's voice to be heard the loudest. As I believe what he has to say is important and it deserves front and centre. All revenues and ownership of our song are shared equally amongst the three of us," read an excerpt from her statement.

Enjoy Enjaami released in March 2021 and became an instant hit.