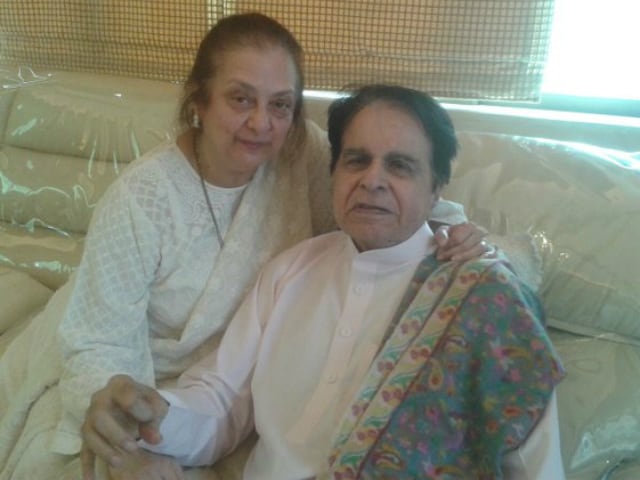 This image was posted on Twitter by Dilip Kumar

New Delhi: Indian cinema's grandest old man is celebrating his birthday on social media, more power. Screen legend Dilip Kumar is 93 today but has cancelled festivities because of the destruction caused in Chennai by rain. On Twitter, though, it's a different story. (Also Read: Dilip Kumar Cancels Birthday Plans, 'Saddened' by Chennai Floods)

Pls share your photo (taken with @TheDilipKumar) or his autograph.. DK will retweet 93 best tweets on 11 December pic.twitter.com/vP26U8d8Go

An early birthday wish came in from Javed Akhtar, who wrote several films that Dilip saab starred in - Kranti, Shakti, Duniya and Mashaal.

Happy birthday to Dilip Saheb who is the Everest of talent ,Taj Mahal of culture n Sangam of dignity n charm .

Days ago, Dilip Kumar announced in a series of tweets that he was cancelling birthday plans and that his wife Saira Banu, for one, wouldn't be too put out:

I have decided to forego all celebrations on my birthday as I am saddened by the tragedy that has swept the lives of so many in Chennai.

My sympathies are with the people of #Chennai. I wish I had the good health to travel there - the city I wanted to adopt as my second home

Saira is never in favor of celebrating my birthday. She feels the evil eye will fall and I will have health issues soon after celebrations.

Every time I share with you on this screen, it makes me feel so close to millions of you. I will be more regular here.

A year ago, Dilip saab had explained that Chennai stayed with him ever since he shot 1967 film Ram Aur Shyam there:

You asked me if I have lived in Chennai. Yes. I fell in love with Madras (prev. name) and its people during the making of Ram aur Shyam.

Dilip Kumar, real name Yusuf Khan, is considered one of the greatest actors to have worked in Indian cinema. His acclaimed bod of work includes films such as Madhumati, Naya Daur, Devdas and Mughal-E-Azam.