"Rest in peace my dear friend," Deepika had written earlier 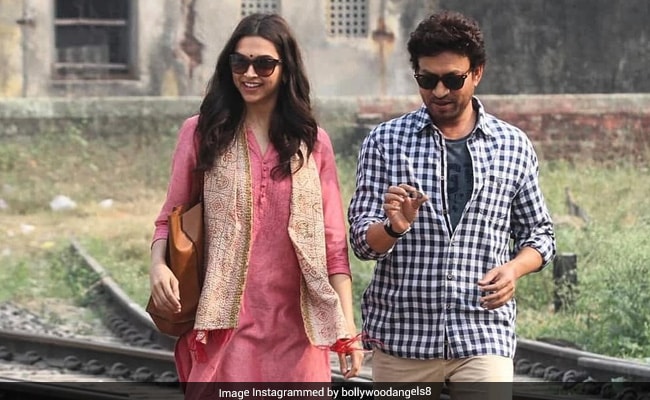 Deepika Padukone and Irrfan Khan from the sets of Piku. (courtesy bollywoodangels8)

Deepika Padukone's latest Instagram entry with tug at your heart strings. The 34-year-old actress, who celebrated five years of Piku on Friday, dropped another memory from the sets of the film on Saturday and it has our hearts. In the video, Deepika Padukone and her Piku co-star Irrfan Khan can be seen playing tennis together. In the snippet of a light moment from the sets, Deepika and Irrfan can be seen engrossed in the game of tennis while other crew members watch their game. Deepika, who had played badminton in national level championships, can be seen enjoying the game of tennis with Irrfan Khan as she smiles with all her heart. Sharing the snippet, Deepika wrote a heartwarming caption for her co-star who died on April 29, 2020. She wrote, "Please come back, Irrfan Khan" and added a broken-heart emoticon to her post. Take a look:

On Friday, Deepika celebrated 5 years of Piku with a heartwarming picture with Irrfan Khan and the film's director Shoojit Sircar. In the picture, they were seen engrossed in a conversation. Sharing the picture, Deepika dedicated the lyrics of the song Lamhe Guzar Gaye from Piku to Irrfan Khan and wrote, "Rest in peace my dear friend." Take a look: