Death On The Nile Trailer: Emma Mackey To Ali Fazal, Every Passenger On This Cruise Is A Murder Suspect 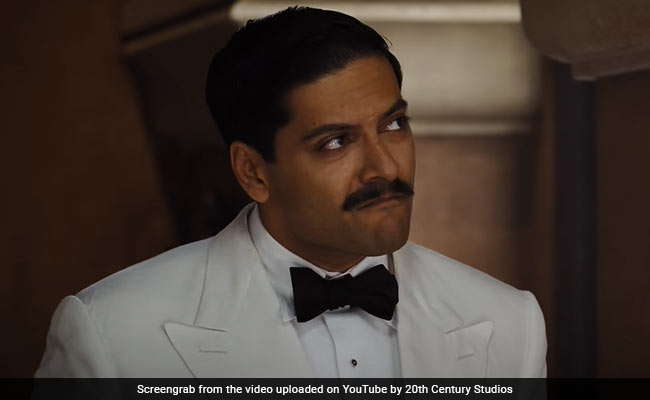 Death On The Nile Trailer: Ali Fazal in a still from the film. (Image courtesy: YouTube)

A classic whodunnit never goes out of the fashion and that's why the new trailer of Kenneth Branagh's Death On The Nile will keep you hooked to the screen till the very end. On Tuesday, the makers of Death On The Nile, which marks Ali Fazal's third Hollywood project, shared a new trailer of the murder mystery with a revised released date on social media, making the Internet more excited about the film. The film, which is an adaptation of Agatha Christie's classic novel of the same name, stars Gal Gadot, Kenneth Branagh, Armie Hammer, Tom Bateman, Annette Bening, Russell Brand, Ali Fazal, Rose Leslie, Dawn French, Sophie Okonedo, Jennifer Saunders and Letitia Wright.

The trailer shows newlyweds Simon Doyle (played by Armie Hammer) and Linnet Ridgeway Doyle (Gal Gadot) getting a grand welcome aboard a cruise ship on the Nile River. However, the couple's wedding celebrations are cut short after Linnet Ridgeway Doyle is murdered on the cruise and detective Hercule Poirot (played by director Kenneth Branagh) is tasked with catching the murderer.

Watch the trailer of Death On The Nile here:

Death On The Nile is Ali Fazal's third international project - others being Stephen Frears's 2017 film Victoria And Abdul, co-starring veteran actress Judi Dench, and 2015 film Furious 7. Back home, the actor is best known for his performances in series Mirzapur and films like 3 Idiots and Prassthanam.

Death On The Nile trailer features Armie Hammer, who is accused of sexual assault, in a few sequences. The actor, who has denied the rape allegations made against him, has been dropped from several projects since many women accused him of sexual misconduct on record.

Death On The Nile is a follow-up to 2017's Murder On The Orient Express. The first official trailer of the film released in August last year. Take a look:

The film will release in theatres on February 11.