The appearance on the dance reality show marks Remo's comeback on television after recovering from a heart attack. 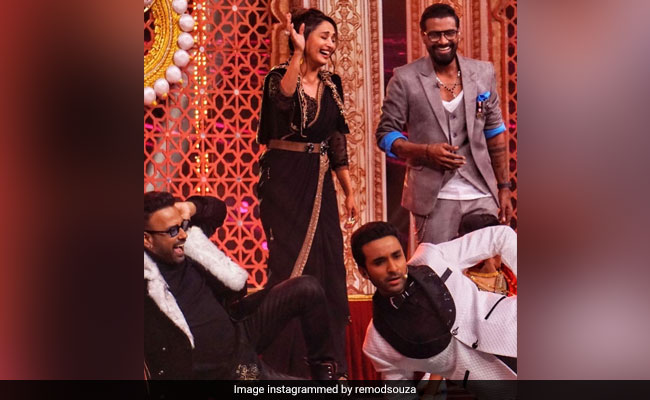 Dance Deewane 3 finale will air on March 20. As an added attraction, the makers have roped in choreographer-director, Remo D'Souza as a guest mentor. Pictures and video from the final episode are already out on the internet, creating a substantial amount of buzz. The appearance on the dance reality show marks Remo's comeback on television after recovering from a heart attack.

Remo has shared pictures on Instagram where he is having "super fun" with the judges Madhuri Dixit Nene, Shashank Khaitan, Tushar Kalia and host Raghav Juyal.

In a promo released by the makers, Remo is seen getting emotional over an act. The contestants dedicated a special performance to him by grooving to songs like Muqabala and Jo Bheji Thi Dua. Not just the filmmaker but Raghav and Dharmesh also broke down after witnessing the performance.

Remo suffered a heart attack in December 2020 and underwent an angioplasty surgery in Mumbai's Kokilaben Hospital.

In his interview with ETimes later, Remo said he was saved because of the prayers and blessings of many people. "I have realised we have only one life to live. When I was at the hospital and I closed my eyes, I thought that if I go, I will be remembered for a few days and then people will start forgetting me. So, this one life is the most precious gift," he added.