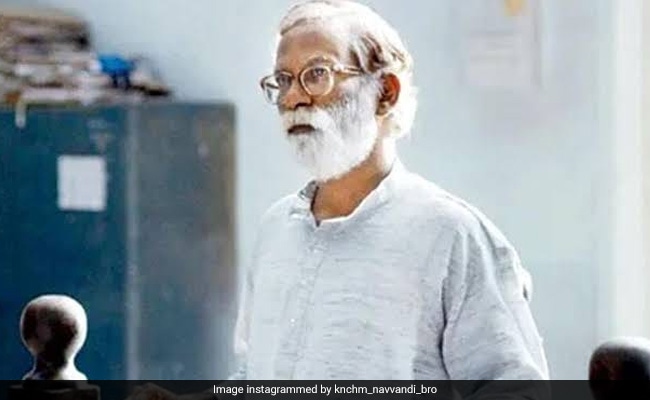 A photo of Vira Sathidar from Court. (Image courtesy: Instagram)

Actor Vira Sathidar, best known for his performance in the National Award-winning film Court, died due to COVID-19 related complications on Tuesday in Nagpur, reported news agency PTI. Vira Sathidar, who was also an activist, was undergoing treatment at AIIMS Nagpur after he was diagnosed with the coronavirus. He died early morning on Tuesday due to sudden cardiorespiratory arrest in COVID-19 pneumonia with respiratory failure, said a hospital official, reported PTI. Filmmaker Chaitanya Tamhane, who worked with Sathidar in the 2014 film Court, said the actor was on life support after he was admitted to the hospital last week. Chaitanya Tamhane told PTI: "He had COVID-19 and was put on ventilator. It's an extremely unfortunate news. It is yet to sink in."

Vira Sathidar became popular after he featured in Court, which won the National Film Award for Best Feature Film in 2015. In the film, he played the role of a protest singer named Narayan Kamble, who is accused of inciting a sewage worker's suicide through one of his folk songs.

Speaking about Vira Sathidar's death, Chaitanya Tamhane called it a "huge shock" and added: "He was not only an actor, activist and a poet but also one of the nicest human beings I've met. I still can't process it. He was a fantastic person and I can now only think of the time we spent making Court," reported PTI.

Apart from Court, which was India's official entry to Oscars in 2016, Vira Sathidar featured in two more short films.