Comedian Sidharth Sagar And Ex-Fiancee Accuse Each Other Of Violence

Sidharth Sagar trended big time last year after he went missing and then re-appeared mysteriously and then alleged 'mental harassment' by his family. 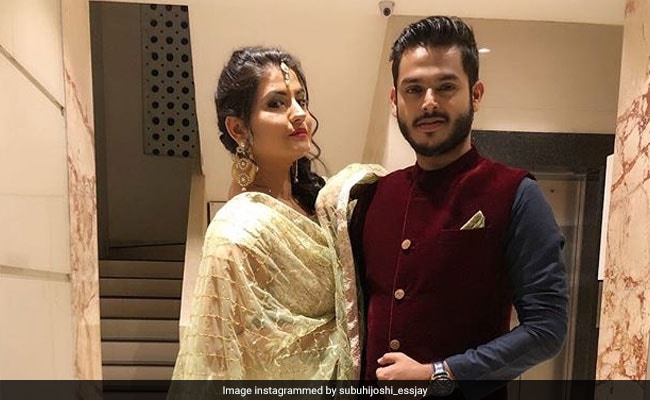 Actor comedian Sidharth Sagar's fiancée Subuhi Joshi recently confirmed in an interview with Times Of India that she called off their engagement a few months ago and alleged that the actor was violent with her on more than one occasions. However, speaking to TOI separately, Sidharth Sagar, who played 'selfie mausi' in The Kapil Sharma Show, denied the allegations levelled against him and added Subuhi hit him first after an argument. "The problem is with his attitude and behaviour but I did try my best to save the relationship. I have seen his dark side. He loses his cool over petty issues and can get violent. Woh haath uthaata hai aur cheezein phekta hai," Subuhi said.

Subuhi Joshi, who has also featured in a few comedy shows, recounted an incident which took place in March 2019 and said: "I called the cops after he hit me. I was taken to the hospital for a medical check-up and on our way to the police station, Sidharth kept crying saying, 'Mujhse galti ho gayi, maaf kar de. I'll never repeat it'. After seeing him cry, I told the cops to let him go. In hindsight, I feel that I made a huge mistake. Sidharth should have been behind bars."

Sidharth Sagar gave his version of the same fight and told TOI: "About the incident when she called the cops, we had an argument and Subuhi hit me first. My nose started bleeding. She wasn't leaving me and in an attempt to release myself, I moved her away from me. She could have got hurt in that process. I fled the house forgetting my phone behind. When I came back to collect my phone, Subuhi had already called the cops. I could have done that too, but I didn't want the matter to escalate."

It is not gonna be easy, it's going to be really hard. We're gonna have to work at this everyday. But I wanna do that because I want you, I want all of you, forever, everyday. You and me everyday. #happilyeverafter #forevermine

Sidharth Sagar trended big time last year after he went missing and then re-appeared mysteriously and alleged 'mental harassment' by his family. At that time, he told Indian Express that he was "thrown into a mental asylum" where he was "tortured and treated for ailments" he didn't even have.