Chhalaang Review: Chhalaang is enlivened by Satish Kaushik, Saurabh Shukla and Baljinder Kaur. Nushrratt Bharuccha has what looks like a meaty role. 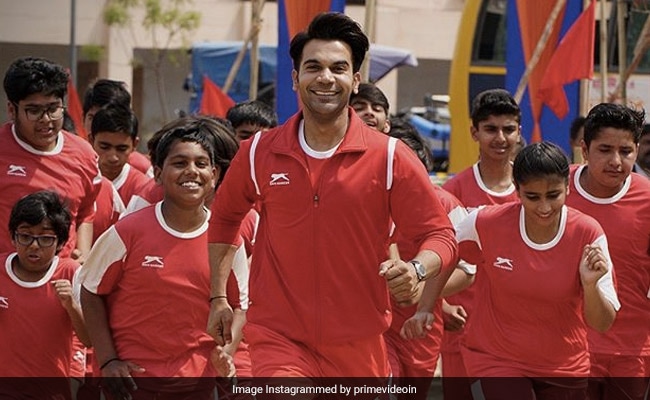 A drifter finds a purpose in life and turns over a new leaf in Chhalaang, an Amazon original film helmed by Hansal Mehta. Sadly, it is a piece of cinema that does not bear the stamp of the director of Shahid and Aligarh. It has nothing fresh to offer. It is a leap that is all over the place.

When his job as PT master in a Haryana school is on the line, the film's protagonist challenges the man who has replaced him to a sporting 'duel'. He suggests that they compete in three specific disciplines with teams of their choice to prove who is the better coach. The school principal accedes to the strange idea and draws lots to decide the games that they will play. Yes, that is how arbitrary Chhalaang is.

In an ill-advised show of bravado, the hero lets the National Institute of Sports (NIS) Patiala-trained rival be the first to have a go at assembling a team. That leaves him with a bunch of laggards to work with. That's a classic base for a standard underdog drama. It doesn't, as it transpires, have the legs to carry an entire film. The finale fizzles out.

The hero is deservedly ticked off for his foolhardiness by an ageing colleague, Shukla (Saurabh Shukla), who stands up by him through thick and thin. The rest of the Chhalaang story (credited to producer Luv Ranjan), centred on a 'battle royale' in the heat and dust of a small-town, is drably predictable. 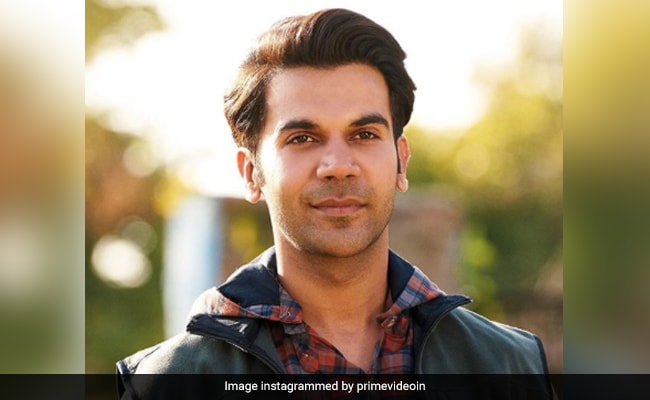 The sporting action never rises to the occasion notwithstanding the fact that one of the best in the business (Rob Miller, who supervised on-field action in Chak De India!, besides working on numerous other Hindi films) is in charge of these portions of Chhalaang.

Chhalaang, scripted by Luv Ranjan, Aseem Arrora and Zeishan Quadri, serves up a contrived, uninspired drama that resorts to facile methods to get its point across. It is more a series of sorry stumbles than a soaring spectacle.

In the dying minutes of the film, the victor delivers a long speech. He winds it up with "Sorry, thoda bhaashan type ho gaya". Say that again, man! Chhalaang is indeed an extended sermon that gobbles up an inordinate amount of time but delivers little by way of genuine substance.

Cliches are the norm here. While one of the trainers stresses the significance of speed, stamina and strength as requisites of sporting success, the other exhorts his team to focus on their game. All very well, but the pious pronouncements of the two men, especially those of the hero, are exasperatingly stilted in the light of the what has gone before.

What has gone before is the unedifying sight of Montu (Rajkummar Rao), son of a seasoned lawyer (Satish Kaushik), making a mockery of his own life and work. He treats his job as just that - a job. When the principal (Ila Arun) advises him to pull up his socks, he casually rationalizes that students should concentrate on studies instead of wasting time on sports.

It is, however, pretty obvious from the very outset that Montu's days as a drifter aren't going to last long, especially when the new computer teacher Neelima (Nushrratt Bharuccha) joins the school staff. The fear of not being able to make headway with her is exacerbated by the attention she showers on Inder Mohan Singh (Mohammed Zeeshan Ayyub), the physical education instructor who has just arrived to give the school new impetus.

Montu's transformation from a mean-spirited man who, as a member of a local anti-Romeo squad, publicly humiliates a middle-aged married couple (Rajeev Gupta and Suparna Marwah) to a squeaky-clean guy who sheds his apathy and insecurities to fight for his rightful place under the sun is as unconvincing as the scattershot course that his relationship with Neelima takes.

Since the girl is also a 'trophy' to be won, Chhalaang over-compensates for its masculine skew by bunging in laboured twists aimed at placing emphasis on gender equality. As Montu sends feelers to Neelima, the latter, after a false start, responds with "Friend banna hai? Daru pilaoge?" Not just that, when the ice has been broken, Montu's father offers her a drink on the terrace of his home as he delivers a pep talk to his son and the girl.

That may not be problematic per se, but the drafting of girls into the competition is completely illogical. We all agree that gender segregation in a general sense is a no-no, but girls in a kabaddi team of boys is a bit much. It only does disservice to the cause by reducing it to a joke. Equally hard to digest is the cavalier manner in which the film devalues the worth of a qualified coach to project another who has achieved little to deserve to be where he is.

The character of Inder Mohan Singh, played by a consummate scene-stealer, is hopelessly underwritten. Although every time Mohammed Zeeshan Ayyub is on the screen, the film perks up appreciably, the figure of the outsider who brings in a fresh way of looking at things is allowed to be a mere blip on the radar, surfacing now and then only for the purpose of giving the hero a goal to pursue - and somebody to spar with.

But for the fact that Singh was a senior of Neelima's in Kuruskshetra University and that he has a formal degree from NIS Patiala, we are told nothing about his antecedents and why on earth he has ended up in a government-funded school where sports is low priority.

Chhalaang is enlivened by Satish Kaushik, Saurabh Shukla and Baljinder Kaur (playing Montu's garrulous mother). Jatin Sarna, in the role of Montu's halwai-friend Dimpy, is given short shrift. Nushrratt Bharuccha has what looks like a meaty role, but considering the slapdash manner in which the script has her switch allegiance from one coach to another - this despite the fact that the one she roots for has given her no good reason to be a supporter - her efforts go waste. 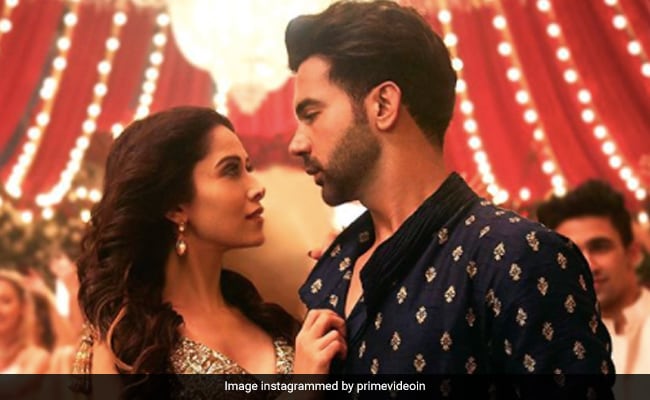 Chhalaang Review: Nushrratt Bharuccha and Rajkummar Rao in a still

The biggest undoing of the film stems from the glaring inconsistencies that the character of the hero is riddled with. He starts off as an unlikeable guy, pompous, presumptuous and slothful. It only gets worse - we suddenly see him as a lout leading a moral policing outfit Sanskriti Dal. And then, just as abruptly, he has a change of heart. That he is a flawed protagonist isn't the problem. That he is a false hero is.

Chhalaang, on the face of it, hits the right buttons, gender parity included, but it all seems more manufactured than organic when a man like Montu is handed a long rope and held up as a paragon of purposeful self-assertion.

Chhalaang, unable to fend off its contradictions, gets all tangled up in its own mixed messages. As a result, the promised leap never materialises.