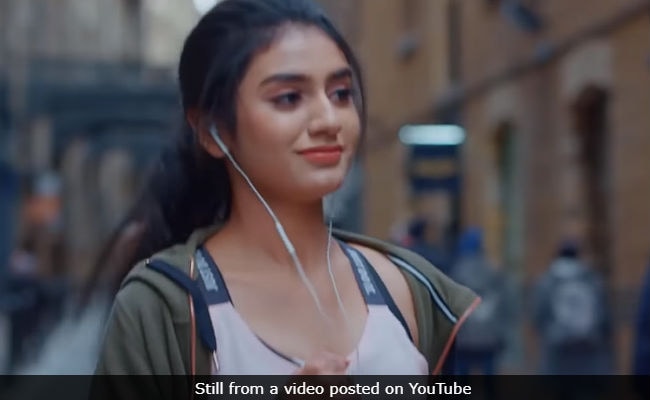 Boney Kapoor's close friend told Deccan Chronicle that the filmmaker won't rest unless upcoming film Sridevi Bungalow, starring Priya Prakash Varrier, is "aborted." Boney Kapoor, husband of late actress Sridevi, has sent a legal notice to the makers of Sridevi Bungalow, reportedly over the film's title and the depiction of the titular character's death (in a bathtub), which is eerily similar to the way Sridevi died in February 2018. Deccan Chronicle quoted a close friend of the filmmaker as saying: "For Boney Kapoor, a sleazy representation of his wife's life is unacceptable. He will not rest easy until this project is aborted." Sridevi Bungalow director Prashanth and lead actress Priya Prakash Varrier denied the film's about Sridevi and insisted in several interviews that the choice of the protagonist's name is a 'coincidence.'

Another source close to Boney Kapoor added: "He won't play into their hands and make any statement as these people (behind Sridevi Bungalow) are only looking at how to generate curiosity in their pathetic film. But he will take every legal step to prevent this sleazy film from being made," reports Deccan Chronicle.

Speaking about the controversy, Priya earlier told The Times Of India, "Sridevi is just the name of my character in the movie... We have to leave it to the audience to judge if the film is based on the veteran actress Sridevi ma'am." Meanwhile, Prashanth told TOI: "He (Boney Kapoor) wanted us to alter the name of our movie within 24 hours. We sent him a reply explaining that Sridevi was a common name and there was no logic in objecting to it. It is just coincidence that my movie tells the tale of an actress named Sridevi."

The trailer of Sridevi Bungalow released last week and it failed to impress the Internet. Priya Prakash Varrier, who became an Internet sensation after her viral wink in the teasers of Oru Adaar Love, plays the role of a successful actress whose name is Sridevi. Though she's successful, Sridevi feels lonely and the trailer ends with the death of the actress in a bathtub.