Bishal Sharma Is The Winner Of Super Dancer Chapter 2 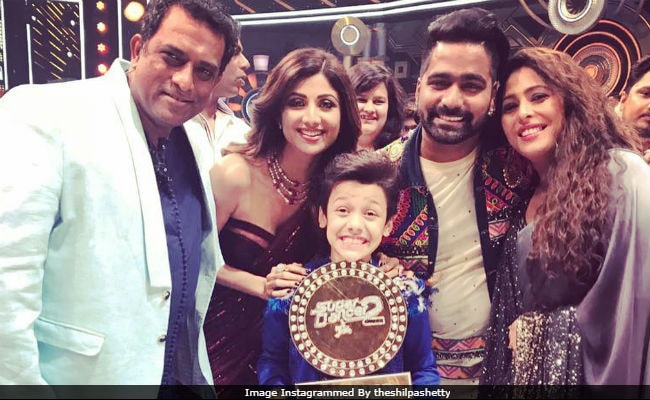 New Delhi: Bishal Sharma, 12, from Assam was declared the winner of reality show Super Dancer Chapter 2, co-judged by Shilpa Shetty, Anurag Basu and Geeta Kapur. He received 12 million votes and won a cash prize of Rs 15 lakh, along with the trophy, a certificate of appreciation and a gift from a jewellery brand. Bishal beat three other finalists Ritik Diwaker, Vaishnavi Prajapati and Akash Thapa to win the trophy. "I am really happy and thrilled to win the title of Dance Ka Kal on Super Dancer Chapter 2. It is truly a dream come true for me and I am grateful to the judges, my choreographer and Sony Entertainment Television for believing in me. It is through their guidance and support, I have been able to achieve this and make my parents proud," Bishal Sharma said in a statement, reports news agency IANS. His choreographer is Vaibhav Ghuge.

Varun Dhawan added stardust to the finale episode of Super Dancer Chapter 2. He was there to promote his upcoming film October. Varun also danced with Shilpa on the October theme song. "Super Dancer was amazing. Watch out for me tip toeing while dancing with the gorgeous Shilpa Shetty on the October theme," he had posted a couple of days ago on Instagram.

Superdancer was amazing. Watch out for me tip toeing while dancing with the gorgeous @theshilpashetty on the #Octobertheme and hear me open a couple of secret about #October. Thanks for the picture @viralbhayani

Promoted
Listen to the latest songs, only on JioSaavn.com
Super Dancer Chapter 2 was hosted by Jay Bhanushali and Paritosh Tripathi. The second season went on air last October with 12 participants. Super Dancer (part one) aired in 2016 and Ditya Sagar Bhande from Mumbai won the first season.