Bigg Boss 14: Hina and Gauahar accused Siddharth's team of cheating in the game 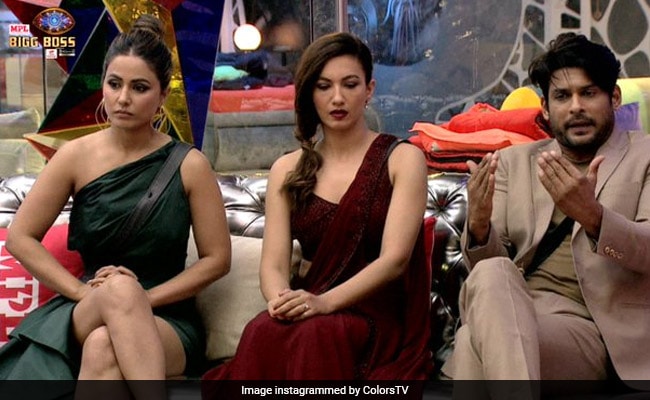 Tonight's episode of the TV reality show Bigg Boss 14 was full of drama. This time, the team members and seniors fought to be confirmed in the game show. The divided teams of the senior players - Siddharth Shukla, Gauahar Khan and Hina Khan - had to perform a task in order to secure their positions. During the task, Siddharth Shukla asked his team members Pavitra Punia, Eijaz Khan and Nikki Tamboli, to not get distracted by any other team and to win the task by hook or crook. Hina Khan's advice to her teammates Rubina Dilaik, Abhinav Shukla, Nishant Malkhani, and Jasmin Bhasin was to stay as focused as possible. Gauahar Khan told her team to follow the rules and play the game properly. The winning team will get to stay in the house and continue their game, while the others will have to leave the house immediately.

As a part of the 'To be Confirmed' task, a buzzer was placed in the garden area and they had to prevent the opponents from pressing it. Only two members of the other team were allowed to attack their opponent at a time and if more than two members of a team chased the opponent, they would be disqualified.

After three members of Siddharth's team entered the area, Gauahar Khan asked Bigg Boss if there is any value to the rules being made. Siddharth Shukla said that his teammates can do whatever they want to win this task. Hina Khan and Gauahar Khan and Siddharth were shown the footage of the game in the confession room, where all three seniors lost their calm. Hina Khan and Gauahar tried to school Siddharth that his team did cheat in the game. Gauahar said, "Iss ghar mein rules ki koi ehmiyat hai? Toh dikhaiye mere ko (Is there any regard for rules inside the Bigg Boss House? If yes, please show it to me)." The results of the task will be announced in tomorrow's episode.

Meanwhile, Rubina Dilaik was called to the confession room by Bigg Boss, where she said that she was upset about show's host Salman Khan's comment on her husband and fellow contestant Abhinav Shukla. During the weekend episode, Salman Khan had referred to Abhinav as Rubiina's samaan. She told Bigg Boss that she found Salman Khan's comment disrespectful and even decided to quit the game at a point of time. However, her husband Abhinav asked to brush it off as humour and stay strong.