Bhoot: Part One Movie Review: Vicky Kaushal runs for cover and has to look ashen-faced when he is confronted by the unfathomable. 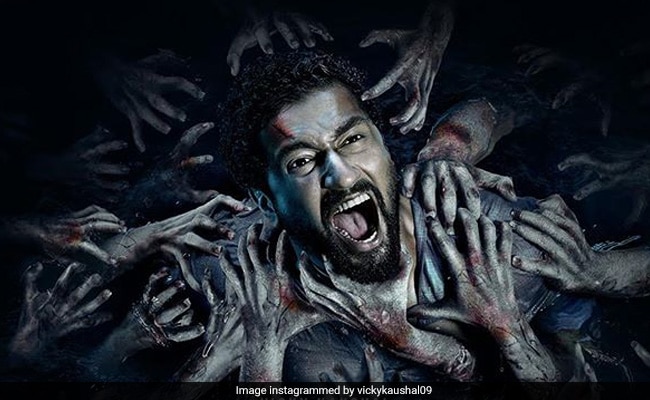 You know a horror film is a horrific misfire when it resorts to every trick in the book to scare the living daylights out of you but fails to well and truly pin you down. There is no want of trying in Bhoot: Part One - The Haunted Ship, written and directed by Bhanu Pratap Singh. The film abounds in tame and cliched genre tics that eventually amount to little. Forget sending chills down the spine, it barely elicits gasps of shock. If you do scream, it is more in disgust and bafflement than in fear.

The haunted ship in Bhoot: Part One, stuck in sandy sludge off Juhu beach, is hounded by monotony. The film's male protagonist, Prithvi (Vicky Kaushal), a shipping officer grieving over the death of his wife and daughter in a recent rafting accident, is assigned to probe what is on board the mystery vessel. Like a man possessed, he is drawn to the beached ship despite the dangers that lurk on its decrepit deck. 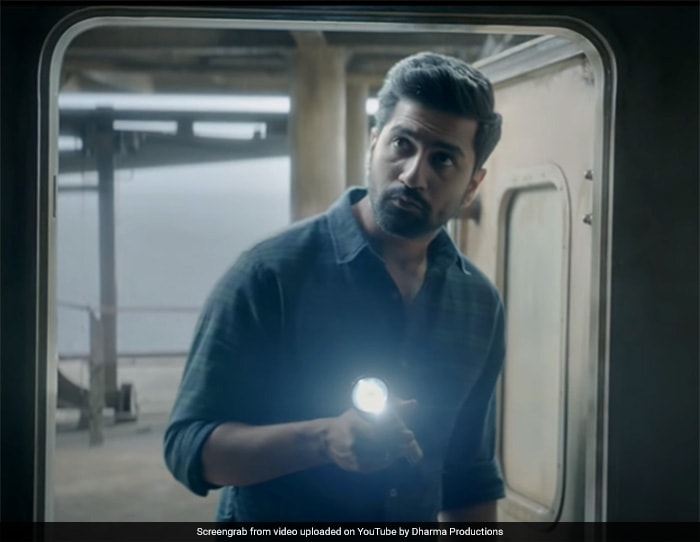 Weighed down by a contrived storyline that does not stand a ghost of a chance of drifting close to being convincing, Bhoot: Part One must be deemed to be a wasted effort for director of photography Pushkar Singh and sound designer Anish John. They spare no effort to whip up fear with lighting variations, camera movements and acoustic effects that range from the commonplace to the eerie. But no amount of atmospheric backup can make up for the lack of substance at the heart of the movie.

For Vicky Kaushal, Bhoot: Part One represents a completely new universe. He plunges headlong into it, but can go only as far as the screenplay allows him. It seems to be a physically taxing role. He runs for cover, takes many tumbles, falls into dark chutes, is chased by apparitions, and has to look suitably ashen-faced every time he is confronted by the unfathomable, which is pretty often in the course of the two-hour movie. He does all this in right earnest - and gets it right for the most part. But it is all in the service of a film that runs aground before it sets sail. 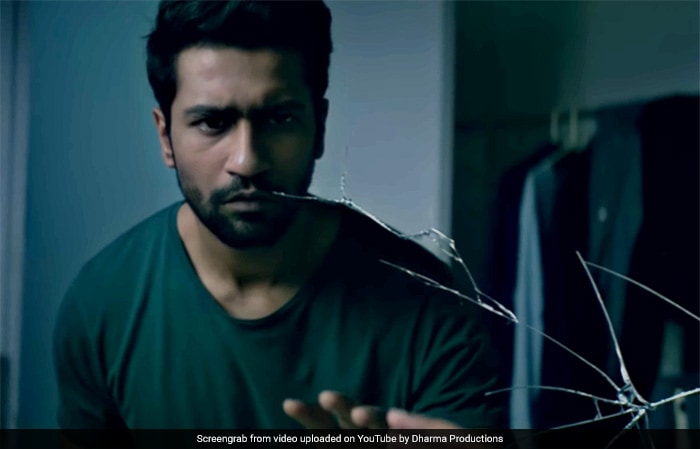 Prithvi is struggling to live down a tragedy for which he has nobody but himself to blame. His crippling sense of guilt, coupled with his refusal to have his tranquilizing meds, triggers spooky hallucinations. He finds them reassuring because they allow him to see his dead wife and little daughter with whom he has mock communication sessions through a 'telephone' wire attached to a plastic tumbler. The contraption keeps popping up periodically to remind us of his disturbed state of mind.

But before the film introduces us to the anguished protagonist, it takes us through a brief prelude that ends in an unexplained mass suicide and the disappearance of a three-year-old girl on a merchant ship, Sea Bird. Eleven years later, it is the selfsame vessel that washes up on Mumbai's Juhu beach with not a living soul on board.

Some in the know suggest that it is a haunted ship that is best left alone, but one of the hero's trusted colleagues the sole voice of reason in this claptrap-heavy enterprise, pooh-poohs the idea. "Andh-vishwas ki kami nahi hai hamare desh mein," he sniggers. Exactly!

Prithvi is given the responsibility of figuring out why the ship has ended up so mysteriously in Mumbai. Memories of his wife Sapna (Bhumi Pednekar in a special appearance of one and a half scenes) and his daughter Megha haunt him and he seeks escape from the nightmares by immersing himself in the investigation. In the bargain, he provokes an evil spirit that gets in his way on every sleuthing foray aboard the abandoned ship.

Part of the sinister goings-on are attributed to the tricks that Prithvi's mind plays on him. This strand of the story is verbalized in as many words by a certain Professor Joshi (Ashutosh Rana), who is one of many characters in the film who are riddled with inconsistencies, come and go as they wish, and make make no sense at all.

Ashutosh Rana in a still from Bhoot: Part One.

When we first meet this Joshi guy, the professor sounds like an eccentric scientist experimenting with the occult and its manifestations in the real world. A little later, he joins Prithvi on his mission to get to the bottom of what is afoot on Sea Bird armed with a machine that can only be described as a ghost-detector.

But when this beeping gadget fails to serve its purpose, Joshi spouts mumbo-jumbo with shamanic zeal to ward off the fearsome spectre, which is actually a grotesque-looking girl who crawls, spider-like, across the ceiling and walls of a part of the ship. You are supposed to yelp and jump off your seat. What you do instead is break into derisive laughter.

This bhoot needs a reboot at once and we aren't just talking of the ghoul that haunts but of the planned franchise as a whole. If the subsequent films of the Bhoot series - the production company (Karan Johar's Dharma Productions) makes it a point to thank Ram Gopal Varma for parting with the title but forgets to absorb the essential narrative wiles from the now off-the-boil director's Raat and Bhoot playbook - are going to be pitched at this level of puerility, it would be easy for diehard horror movie junkies to take the call to give the project a wide berth. 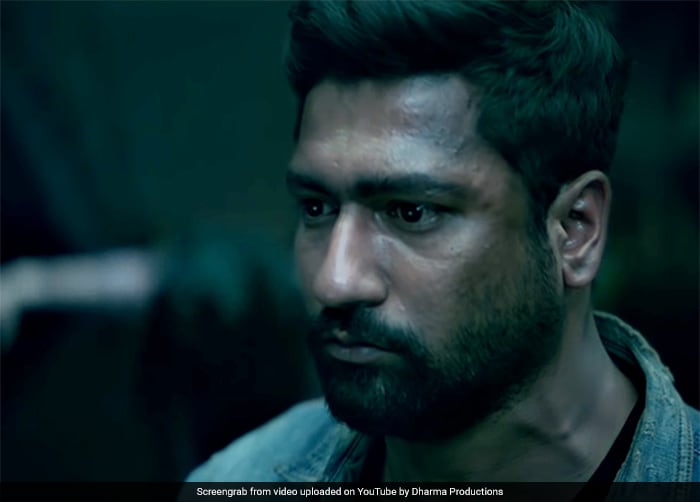 The writer of Bhoot: Part One - The Haunted Ship is caught between several unsteady stools. On one sits a straightforward ghost story, on another is perched a psychological drama, and on a third is an ungainly, laboured crime of passion involving a ship's rogue captain, an ordinary seaman and a woman who gives birth to a baby girl who is in the dark about the identity of her biological father. And, of course, there is this grand connect that is sought to be made between mourning and neurosis.

It is all too arbitrary and far-fetched to pass muster. The slapdash script, like the ship that it revolves around, has no life in it. As the hero fights to keep danger and death at bay, the film dies many deaths as it careens around aimlessly until it finds a point at which it can attempt to tie up the loose ends. There are far too many of them crammed into the film.

Bhoot: Part One - The Haunted Ship isn't an overlong film but, unfortunately, it takes next to no time to lose its rudder. Only the very, very faint-hearted will find its jump scares worth the din that surrounds them. For the rest, Bhoot: Part One is akin to a ride on a stranded ship. You start at point A and end at point A and, what's worse, with a headache you could have done without.