Vinay Sapru and Radhika Rao celebrate yet another milestone 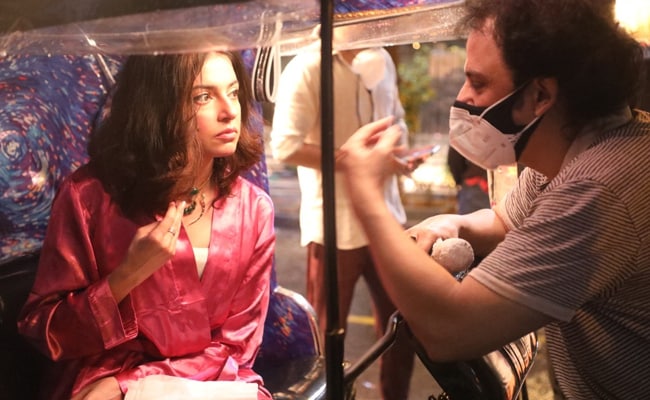 Divya Khosla Kumar on the sets of Besharam Bewaffa.

The super successful Bollywood director duo Vinay Sapru and Radhika Rao celebrated yet another milestone as their song Besharam Bewaffa featuring Divya Khosla Kumar and Siddharth Gupta crossed 100 million views on YouTube. The two music legends have had the most amazing, one of its kind journey with several chartbusters under their illustrious career that has spanned over 2 decades.

Vinay and Radhika are the only directors who have directed and produced songs and videos with practically every musical legend of the country, from Nusrat Fateh Ali Khan, Lata Mangeshkar, Asha Bhonsle and Jagjit Singh to the current heartthrobs Arijit Singh, Neha Kakkar and many more. Their song, Besharam Bewaffa has carved its own path and set a benchmark for heartbreak songs in the independent music scene.

On the work front, Vinay and Radhika will be directing 2 Songs for the film Mumbai Saga, featuring - John Abrahim, Emran Hashmi besides they will start the work on the sequel of their blockbuster franchise with Yaad Piya Ki Aane Lagi 2.

The Many Moods Of Jennifer Lopez. Green With Envy Already?