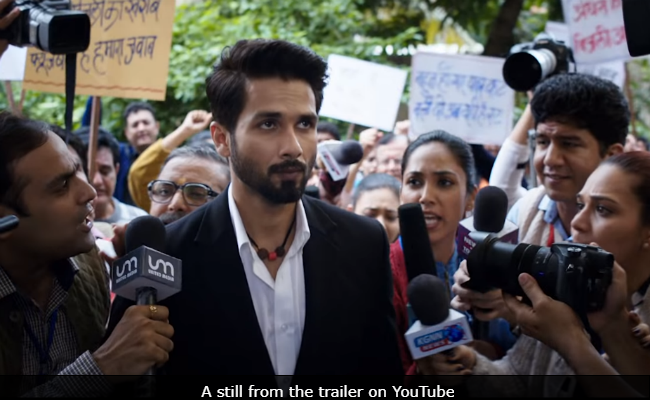 Shahid Kapoor and Shraddha Kapoor, who earlier co-starred in Vishal Bhardwaj's Haider, are all set to enthrall the audiences yet again with their film Batti Gul Meter Chalu, which will opens in theaters tomorrow. Batti Gul Meter Chalu is a social drama which has been directed by Shree Narayan Singh. The film showcases the story of a common man (played by Shahid Kapoor) and his struggles against the power distribution companies over exorbitant electricity bills. Apart from Shahid and Shraddha, the film also features Yami Gautam, who plays the role of a lawyer, Pyar Ka Punchnama Divyendu Sharma (who plays the role of Shahid and Shraddha's friend), Farida Jalal, Supriya Pilgaonkar and Sudhir Pandey in pivotal roles.

Batti Gul meter Chaluis set against the backdrop of a small town in Uttarakhand and it has extensively been short in Tehri, Uttarakhand. The film has been collaboratively been produced by Bhushan Kumar, Nitin Chandrachud, Shree Narayan Singh, Kusum Arora and Nishant Pitti.

The film's trailer release on August 10 and it went crazy viral. The trailer has over 32,844,984 views on YouTube. Check out the trailer here:

During an interview with news agency IANS, Yami Gautam, who plays a pivotal role in the film, said that the film not merely entertaining but also has a social message attached to it. Yami told IANS: "Batti Gul Meter Chalu is a social drama on the electricity issue faced by people in the country, especially in small towns. You can expect a very fine amalgamation of entertainment and a relevant social issue which has been talked about for the very first time."