Saloni Luthra said, "We realised with time that we were meant to happen and gradually fell in love, deep in love." 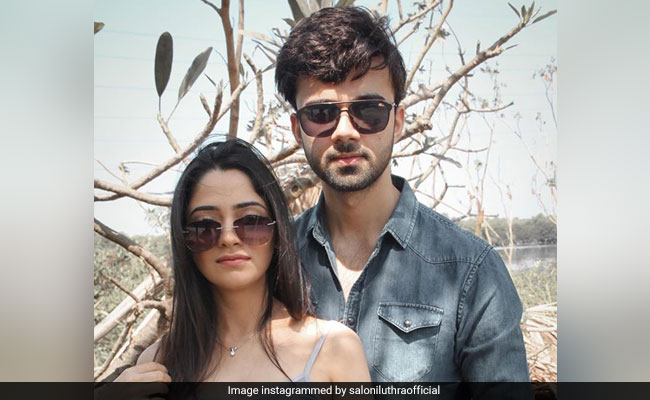 Balika Vadhu actor Avinash Mukherjee found a spot on Saturday's list of trends after he confirmed he's dating Saloni Luthra, winner of a beauty pageant to Times Of India. Speaking about his recently changed relationship status, Avinash, who played young Jagya in balika Vadhu, said that he got in touch with her for work-related reasons and gradually they fell in love. Avinash said, "I had messaged her on Instagram as I wanted someone to create written content for my company. We knew each other since college and I knew that she writes well," said Avinash. Saloni completed the story saying, "I recommended him a few more names for content writing, but he said he just wanted me... Well soon, we realised with time that we were meant to happen and gradually fell in love, deep in love."

Avinash told Times of India that he introduced Saloni to his parents, who live in Amritsar, before he proposed to her. "My mother understood what was brewing between us and they bonded well," he said. Speaking about the proposal, Avinash said, "I proposed to her at 4 am. So, actually that time is known as the BrahmaMuhurta when Lord Brahma wakes up and I thought that was auspicious to propose to her. And guess what It was an instant Yes from her side too. So, it all worked for me."

Saloni Luthra also said in the same interview that she did not know about Avinash's popularity as Jagya. "I was dumbfounded and quite embarrassed when she said she knew nothing about Jagya and Balika Vadhu. I was expecting her to know at least something about me and my work," said Avinash.

After playing the role of Jagya in Balika Vadhu from 2008 to 2010, Avinash Mukherjee featured in shows like Sanskaar - Dharohar Apnon Ki and Itna Karo Na Mujhe Pyaar.