Anushka Sharma's Adorable Pics With Virat Kohli: "Wanted To Start A Band With A Cute Boy"

Anushka and Virat recently returned to Mumbai after their European vacation 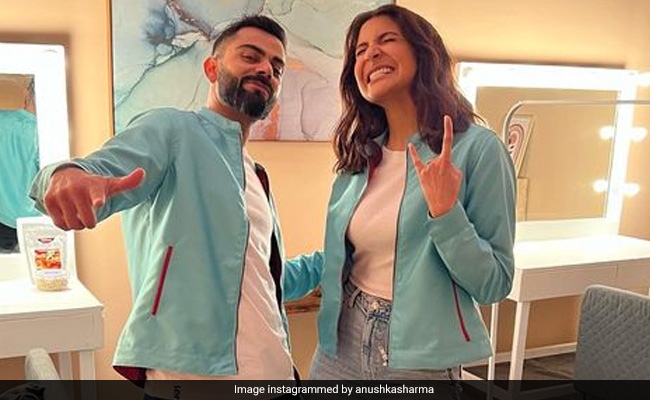 Anushka Sharma shared adorable pictures with husband and cricketer Virat Kohli on Thursday. The couple wears colour-coordinated outfits in the pictures and but even more interesting is Anushka's caption. The actress wrote: "Always wanted to start a band with a cute boy," and added the red heart emoji, a couple emoji and the rock sign emoticon. In fact, the two pose by making the rock sign in the first image and then they give out a victory sign in the second. They seem to be taking their fun photo session in a green room.

Anushka Sharma and Virat Kohli were recently in London and France with their daughter Vamika. Although the actress didn't share much glimpses with her family, she did post a few pictures of herself from the city of love. She stood at a window and smiled for the camera and captioned it: "Mere saamne wali khidki mein...Paris musings." Take a look at it below:

Anushka also posted a series of images that showcased the fun of having croissants in Paris.

A few days ago, Anushka and Virat were spotted at Mumbai airport returning home with their daughter. Before they posed for the paparazzi, Virat asked the pool of photographers to turn down their cameras to avoid any pictures of Vamika being clicked. 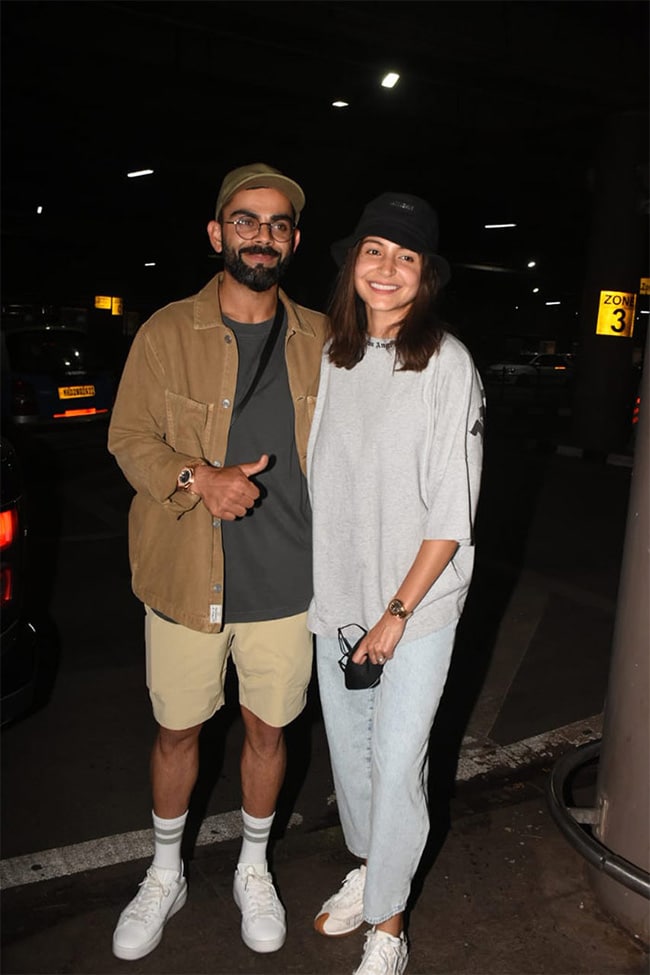 Meanwhile, Anushka is training for her role as cricketer Jhulan Goswami in Chakda Xpress. The actress announced the biopic last year as her next project after starring in Aanand L Rai's Zero in 2018. Chakda Xpress is being directed by Prosit Roy and will release next year.