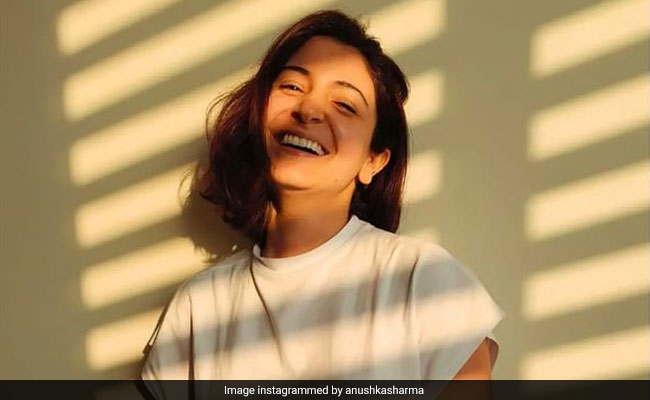 Anushka Sharma, who is currently in South Africa with husband and cricketer Virat Kohli for Team India's test series, is a "light catcher" and her latest post on Instagram proves it. The actress, on Friday, shared a set of sun-kissed pictures of herself posing against a wall and wrote: "I'm a light catcher" with a yellow heart icon. Anushka Sharma looks pretty in a white tee and tie-dyed brown trousers. Her smile stole the show and fans dropped comments like "cute" and "adorable" for the actress on her post. Many of them just used the red heart icon to express their emotions. See Anushka Sharma's latest post here:

Anushka Sharma loves getting her pictures clicked under the sun and we love when she posts her sun-kissed photos on social media. Last month, Anushka Sharma posted these pictures of herself basking in the sun in a black outfit and wrote: "Sun was shining, weather was sweet, made me wanna pose, to post some of these .... Forgot the lyrics to this song."

The next post also features the actress soaking up the sun. She captioned it: "Cover me in sunshine... cover me in good light."

In terms of work, Anushka Sharma has worked in films like Rab Ne Bana Di Jodi, PK, Band Baaja Baaraat, Sultan and Ae Dil Hai Mushki. She was last seen in the 2018 film Zero. Her last project as a producer was the Netflix film Bulbbul and it was a massive success. She also produced Amazon Prime Video's smash hit web-series Paatal Lok last year. Her next production Qala, a Netflix original movie, will mark Irrfan Khan's son Babil's acting debut. Earlier this year, the actress also announced her new project as a producer - a Netflix original series titled Mai.