Cute as a button - that's new mom Anushka Sharma for you 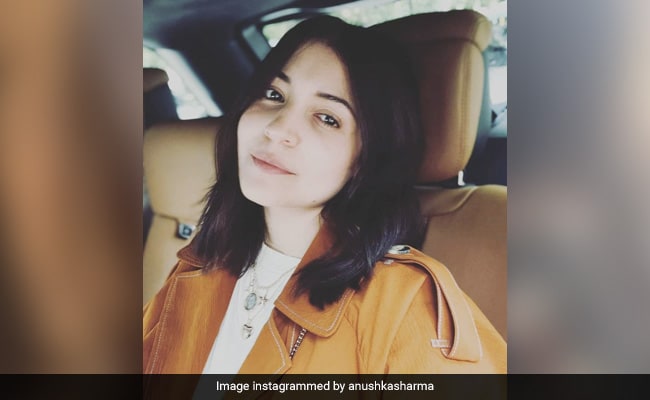 New mom Anushka Sharma just got a new haircut and she looks cute as a button! The 33-year-old actress flew to the UK earlier this month, accompanying husband Virat Kohli to Southampton for the recently concluded World Test Championship. Now, it appears Anushka Sharma is in London, where she had her postpartum hair treated and styled, courtesy actress Sonam Kapoor. Anushka Sharma embraced motherhood in January this year, as she welcomed her first child, baby daughter Vamika. In an Instagram post shared on Friday, Anushka wrote about losing hair after Vamika was born and thanked Sonam for connecting her to hairstyling George Northwood.

Sharing glimpses of her new look, fresh out of the salon, Anushka Sharma wrote: "When post baby hair fall makes you appreciate a good haircut even more. Thank you, George Northwood for this. You are fab! And Sonam Kapoor for connecting us." Sonam Kapoor lives in London with her husband Anand Ahuja.

In the past few months, Anushka Sharma has often shared glimpses of her life as a new mom. Here's when she wrote about Vamika's burp cloth being her "current favourite accessory."

Here's how Anushka Sharma had introduced Vamika to her Instagram: "We have lived together with love, presence and gratitude as a way of life but this little one, Vamika has taken it to a whole new level! Tears, laughter, worry, bliss - emotions that have been experienced in a span of minutes sometimes! Sleep is elusive but our hearts are so full. Thanking you all for your wishes, prayers and good energy."