Anushka Sharma As Jhulan Goswami In A Still From Chakda Xpress: "A Moment That Needs To Be Told"

"A moment from a story that needs to be told!" wrote Anushka Sharma 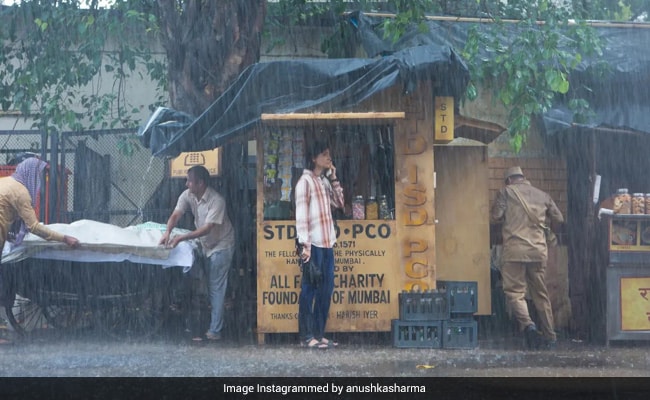 Anushka Sharma, who is busy shooting in London for her forthcoming movie Chakda Xpress, has shared a new picture from the movie. In the image, she can be seen standing at a PCO, making a phone call while the heavy rain beats down everything around her. Sharing the post, she wrote, "A moment from a story that needs to be told!". In the sports biopic, the actress plays the role of cricketer Jhulan Goswami. Soon after she shared the post, her industry friends and fans flooded the comment section. Singer Neti Mohan wrote, "Can't wait," while a fan wrote, "Yeahhh! Finally Anushka Sharma is back!!"

Helmed by Prosit Roy and produced by Anushka's brother Karnesh Ssharma's Clean Slate Filmz, the film is based on the life of cricketer Jhulan Goswami. The film will stream on Netflix next year.

Meanwhile, on Tuesday, the actress shared an adorable post on her Instagram in which she can be seen with her parents. Amid the busy schedule, the actress took some time out and enjoyed breakfast with her parents in London. Sharing a bunch of pictures, Anushka Sharma wrote, "Breakfast date with the parents". Soon after she shared the post, her husband and cricketer Virat Kohli dropped a heart emoticon in the comment section.

In terms of work, Anushka Sharma was last seen in Aanand L Rai's Zero, co-starring Shah Rukh Khan and Katrina Kaif. Chakda Xpress will be her first film after the birth of her daughter Vamika Kohli in January 2021.