The show invited the Aashiqui actor for a special episode 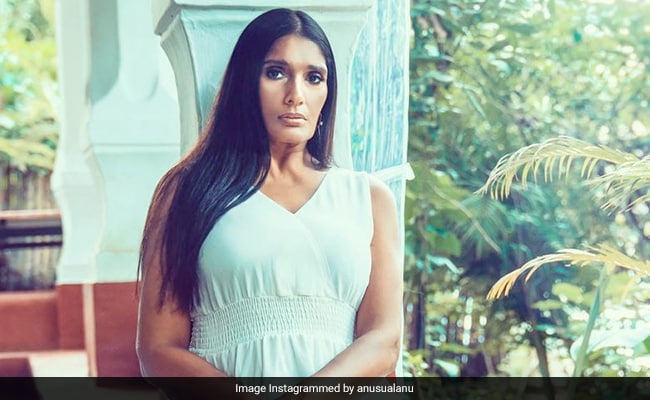 Anu Aggarwal, who recently attended a special episode of the singing reality show Indian Idol 13, which was completely based on her 1990 film Aashiqui, revealed that the makers of the show "cut her out of the frame," despite she sat right next to her Aashiqui co-star Rahul Roy. In an interview with India.Com, the actor said, "I was sitting right next to Rahul Roy and they cut me out of the frame. Thankfully, I am a Sanyasi. I don't have an ego at all. It does sadden me. I have been given inspirational talks around the world. I am a Ted Talk speaker and run Anu Aggarwal Foundation (AAF) too and got Atma Nirbhar Bharat Award too. I met the young talented singers and I spoke enough but not a word was shown in the telecast. I speak fluent Hindi. I am not interested in why? I let it go."

Anu Aggarwal expressed her disappointment and said, "I am saddened honestly that what I spoke was so motivational that it couldn't be conveyed. I don't care about myself but the words I said. We get inspired by people, we all are heroes. I listen and meet so many ladies and I get inspired. I am saddened that the iconic character of Aashiqui - Anu Aggarwal, all the youth, the girls can be, you know, motivated. So that has not happened? Because they deleted it. And I don't even remember today if you ask me to talk again. I couldn't avoid speaking the truth."

Anu Aggarwal, in the interview, also said that when she walked on the stage, the entire audience and Kumar Sanu clapped for her, but that was deleted from the show. She said, "I walked in on stage and people were clapping. It was complete gratitude and I was thinking of God. Kumar Sanu started clapping and everybody got up and clapped. This all was deleted."

Anu Aggawal was a model and was seen in the Doordarshan serial Isi Bahane. She rose to fame after her 1990 musical blockbuster film Aashiqui. In 2001, the actor became a monk.

Gauri-Suhana Khan, Rani Mukerji, Maheep Kapoor And Others Had This Much Fun At Pathaan Screening