Ankahi Kahaniya Review: Abhishek Chaubey's contribution transports us nearly four decades back in time and serves up a love story that is neither only about love nor just a story. It feels real and touches a nerve. 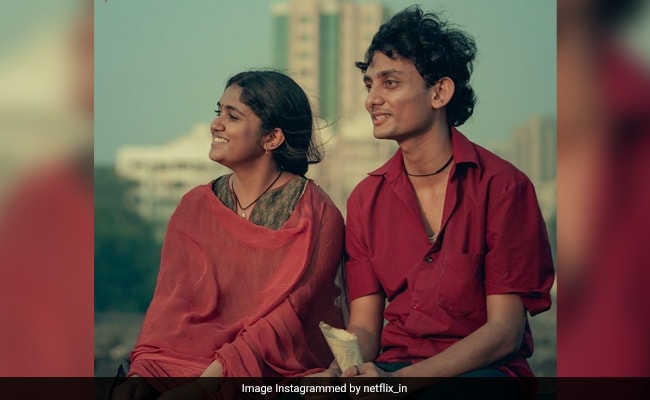 Yet another Netflix anthology - this is a compilation of three stories helmed by directors with proven track records and distinctive sensibilities - and yet another proof that Abhishek Chaubey (Ishqiya, Dedh Ishqiya, Udta Punjab, Sonchiriya and a segment of Netflix's four-film compendium Ray) is in a league of his own.

His contribution to Ankahi Kahaniya transports us nearly four decades back in time and serves up a love story that is neither only about love nor just a story. It feels real and touches a nerve.

The middle segment of Ankahi Kahaniya, which narrates untold stories about unknown people who seek ways out of the shells they are forced to go into by a big city that either pushes them into a soul-destroying rat race or shoves into a one-way dump, is Chaubey's adaptation of a Kannada story by poet Jayant Kaikini (Madhyantara).

It is about two young people whose drab lives intertwine inside a single-screen movie hall where they learn to dream and hope for a better tomorrow. Nandu (Delzad Hiwale) is a multi-tasking usher in a seedy cinema. Manjari (Rinku Rajguru) lives in a decrepit chawl with her parents and a brother and does embroidery to earn the money that she needs to watch films.

The script, written by Hussain Haidry and Abhishek Chaubey, evokes India's collective craze for the movies but is, more specifically, a doff of the hat to mid-1980s Marathi cinema. One film, Jagavegali Prem Kahani (loosely translated, An Unusual Love Story), starring the late Mohan Gokhale, receives particular attention in the context of the blossoming relationship between the careworn Nandu - he has an ailing, alcoholic uncle to look after - and the ice cream and nankhatai-loving Manjari.

In a bustling city that knows not how to stop for anybody, loneliness stalks those who are trapped in the struggle for survival in its nondescript innards. One such lonesome soul is at the centre of the first story, directed by Ashwiny Iyer Tiwari (Nil Battey Sannata, Bareilly Ki Barfi, Panga).

Pradeep (Abhishek Banerjee) has arrived in Mumbai from a small Madhya Pradesh town that is barely a speck on the map. He works in the ladies' section of a garments store, a conscientious employee who is always the first to arrive and the last to leave. At home, too, there is nobody to see him off or receive him.

He sees light at the end of the tunnel when a female mannequin is brought in and placed alongside a couple of male ones to attract more women to the store. Pradeep falls in love with the mannequin, gives it a name, and goes out of his way to pamper it. A co-worker snitches on him and his 'passion' lands him in trouble with the store owner (Jay Upadhyay).

When a man has no friends in a metropolis teeming with people, he is desperate to make connections. That idea is acceptable, even mildly interesting, but the treatment of this unusual love story is undermined by an inclination for over-articulation, the bane of many Bollywood products.

The script by Piyush Gupta, Shreyas Jain and Nitesh Tiwari opts for a narrative strategy that does not leave any room for the viewer imagination to piece together for themselves what is going on in Pradeep's mind. The short fiction spells out everything through words spoken by the protagonist, a genial man from a place where chatter constitutes the only work a lot of people do - is that why he believes in verbalising every thought of his? - left all alone to get by in a city whose inhabitants only work and have no time for talk.

While the segment is at it, it throws up a little story about an old man who loved his radio so much that even after the contraption stopped working, he did not stop taking care of it. The idea is to make the point that love has a way of assuming surprisingly multifarious forms. But the rendition of that well-established conceit is done in an over-wrought, worn-out style.

That is the reason why the Abhishek Chaubey strand stands out. It tells its story through means that are essentially tangential, opening up physical spaces, creating psychological angles and etching out emotional arcs for the audience to grasp and decipher.

While projecting themselves into the flighty situations that are inspired by what plays out in the films they watch on the big screen, the two young lovers - Hiwale and Rajguru are both terrific - do not exchange hackneyed, romantic sweet nothings. They talk instead of things more pressing than merely pursuing the goal of living happily ever after. Life isn't a bed of roses and their 'movie love' can only provide false exits.

The third story of Ankahi Kahaniya, located in a milieu far removed from that of the second segment and directed by Saket Chaudhary (who treated the side effects of both pyaar and shaadi in two previous films of his) is rescued by a solid performance from Zoya Hussain as a woman compelled by an unfaithful husband to reassess her priorities as an individual eleven years of complete surrender to her role as a wife.

The writing here (by Zeenat Lakhani and the director himself) isn't consistent. When it is good - it gets infinitely better as the drama gathers momentum as it nears the climax - it delivers a few sparkling nuggets of insight. When it isn't, it wades through cliches.

The story deals with two marriages each involving a cheating partner. The wronged ones make common cause and decide to get the root of the extra-marital affair that threatens to end both marriages. It is much more than complicated; it is a right royal mess. The process of tidying up takes some doing and not all of it comes off.

This story about the ups and down of choppy relationships is about intimacy, ennui, infidelity and a woman's identity within the four walls of a home and outside it. One of the two men says to his wife: a woman should not have children if she needs holidays to get away from her family. The question that instantly springs to mind is posed forthwith: How could you even say something like that?

Given the actors in the four-member cast - besides Zoya Hussain, Kunaal Kapoor, Palomi Ghosh and Nikhil Dwivedi - the story succeeds in papering over some of its creases. But the very fact that the story has to rely on the actors to pull a few rabbits out of the hat to ensure that some of it hits home is evidence that all isn't well with it.

Be that as it may, Ankahi Kahaniya does not deserve to go unheard, certainly not the one that Abhishek Chaubey crafts.