Earlier, the film was supposed to open in cinemas on April 2, after which, the makers also announced July 27 as the release date 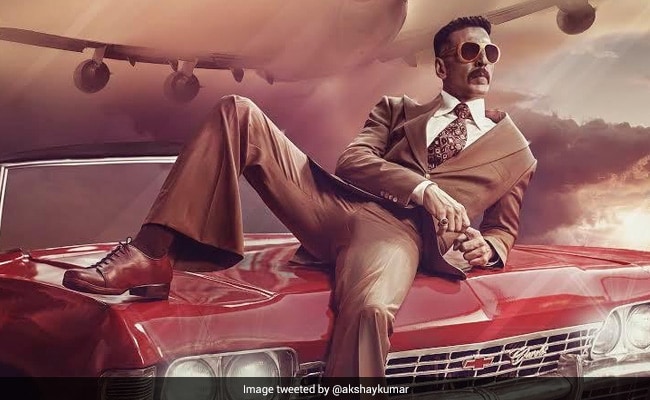 Akshay Kumar's much delayed film Bell Bottom gets a new release date. The makers have zeroed in on August 19 for a theatrical release of the movie. Announcing the film's new arrival date on cinemas, Akshay Kumar declassified their new "mission" and wrote on Instagram: "Mission: To Entertain you on the BIG SCREEN. Date: August 19, 2021. Announcing the arrival of Bell Bottom." This year, Bell Bottom's release have been rescheduled several times. Earlier, the film was supposed to open in cinemas on April 2, after which, the makers also announced July 27 as the release date. In the film, Akshay Kumar co-stars with Huma Qureshi, Vaani Kapoor and Lara Dutta, all of who also shared Bell Bottom's new release date.

Earlier this year, the makers of Bell Bottomdismissed rumours that the film was going to have a digital release. A statement released by Vashu Bhagnani's Pooja Entertainment said: ""Nobody other than Pooja Entertainment has the mandate to make any statements with regards to any development with the film. We would like to request the media to support us as you always have and refrain from publishing any information that is not officially communicated by us. Stay safe and mask up. Our prayers with one and all."

The new release date announcement from the Bell Bottom team arrived as cinemas in states across the country prepare to reopen cinemas, theatres and multiplexes with restricted capacity.