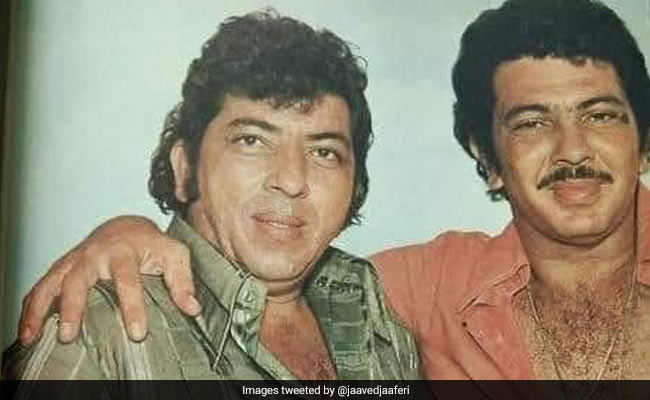 Actor Imtiaz Khan, who is best-known for his performance in the 1973 film Yaadon Ki Baaraat, died. He was the brother of late veteran actor Amjad Khan and son of Insaaniyat actor Jayant. Imtiaz Khan is survived by actress wife Krutika Desai and daughter Ayesha Khan. The cause and time of Imtiaz Khan's death are yet unknown. After the news of his death, members of the film fraternity expressed grief on social media. Jaaved Jaaferi, who worked with Imtiaz Khan in the 2000 film Gang, shared a throwback photo of the Khan brothers and remembered the actor like this: "Veteran actor Imtiaz Khan passes on. Worked with him in Gang. Superb actor and wonderful human being. #RIP bhai."

Imtiaz Khan appeared in more than 20 films in his career. Some of his work include Feroz Khan's Dharmatma (the 1975 film which also starred Hema Malini), Keshu Ramsay's Dak Bangla (1987), Feroz Khan's Dayavan (the 1988 film which also featured Madhuri Dixit, Vinod Khanna and Amrish Puri) and R.G. Thaker's Maha Badmaash, which starred Neetu Kapoor and Vinod Khanna in the main roles.

Paying a tribute to Imtiaz Khan, his actress friend Anju Mahendroo shared a throwback photo and wrote: Once upon a time! Rest in eternal peace my friend, Imtiaz Khan." The pictured Amjad and Imtiaz Khan sitting with their family. Take a look:

Once upon a time!!! Rest in eternal peace my friend@Imtiaz Khan