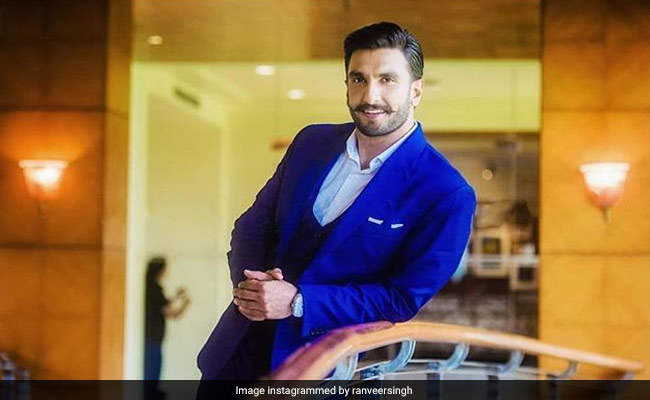 Ranveer Singh, who is currently busy with the promotional duties of his upcoming film Gully Boy, said in a statement that he will soon start training with former Indian skipper Kapil Dev for his role in the sports drama '83', news agency PTI reported. '83 is based on team India's historic victory in the 1983 World Cup and Ranveer is playing the role of the former captain of the winning-team in the film. The 33-year-old actor, who is "looking forward" to his training session with Kapil Dev said: "I am looking forward to spending time with Kapil Sir. I feel like that time spent would be integral to my process of transforming myself into him. I want to absorb as much as I can from him. His story, his experiences, his thoughts, feelings, his expressions, his energy."

Ranveer Singh will reportedly spend three weeks with Kapil Dev during which he will try to pick up his mannerisms. He is also "keen" on getting batting and bowling tips from the cricketing legend. "I'm keen on getting tips on my bowling and batting from the man himself. His achievements are extraordinary. He is the quintessential underdog who became a champion through perseverance, self-belief, hard-work and a positive mindset. I am extremely inspired by him. I want to pour myself fully into this exciting character," he said.

'83 will be directed by Kabir Khan who had earlier said that a major portion of the film will be shot in England. "Our major schedule of four months in England will start from May this year and it will end on August. But before that, we will shoot small portions of the film in India," IANS quoted the filmmaker as saying.