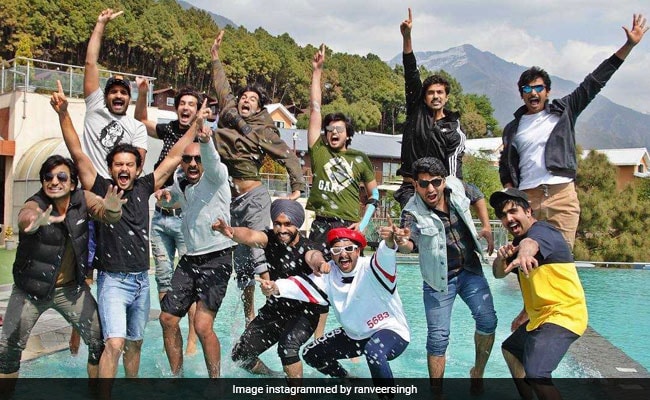 Ranveer Singh along with his '83 co-stars. (Image courtesy: ranveersingh)

Ranveer Singh and the team of '83 or should we say "Kapil's devil" (like Ranveer described in his caption) have taken over Dharamshala, Himachal Pradesh. On Wednesday, the 33-year-old actor shared a picture of himself along with the team of his forthcoming film'83, which will be directed by Kabir Khan. In the picture, Ranveer can be seen posing along with his '83 co-stars Saqib Saleem, Amy Virk, Harrdy Sandhu, Jiiva, Addinath M Kothare and Sahil Khattar among others. Ranveer captioned the picture: "Kapil's devils descend on Dharamshala. It's on!" Film's director Kabir Khan also posted the same picture on his Instagram profile and wrote: "Team '83 training at high altitude... Dharamshala."

As a part of his preparatory session for the film, Ranveer Singh took training from legendary cricket players like Balwinder Singh Sandhu and Kapil Dev. The film will extensively be shot in England and some parts of India.

'83 will be produced by Reliance Entertainment and the film is scheduled to hit the screens on March 10, 2020.