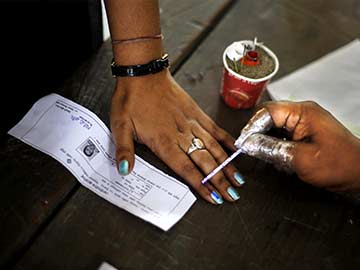 Hyderabad: An advisory issued by the Andhra Pradesh Federation of Churches, a state-level body of bishops and church heads, asking Christians to defeat communal forces could be politically significant, as analysts are reading the development in the context of TDP's alliance with the BJP. (Chandrababu Naidu's TDP seals the deal with BJP amid protests)

In churches across the state a pastoral letter will be read out, ahead of elections, asking followers to vote and ensure the defeat of criminals, corrupt and communal forces.

Dr Anthoniraj Thumma, executive secretary of the AP Federation of Churches says they are not taking sides, supporting or opposing any political party. "The advisory is to go out and vote, to make sure criminals, communally minded elements do not get elected.''

The church has clarified that the letter was proposed and approved even before the Telugu Desam struck an alliance with the BJP. The church is however concerned about the several attacks on churches and pastors in Telangana over the past few months, allegedly by fringe right-wing groups like Hindu Vahini, opposed to forcible conversions. (Full coverage: India Votes 2014)

Christians comprise only about two per cent of the electorate in the state but in the coastal belt, their population is significantly high as dalits and tribals there are largely christians. That could prove an advantage to YSR Congress president Jaganmohan Reddy who is also a practising Christian.

Political analyst Kancha Iliah says for the first time, dalits in coastal, Seemandhra, are moving away from Congress to YSRC.

"There is sympathy for YSR and also the Christian factor. 90 per cent of dalits are Christians. They will see how it works. If power goes to TDP, they will shift to Congress.''