After outrage, Abu Azmi clarifies his controversial comments on rape 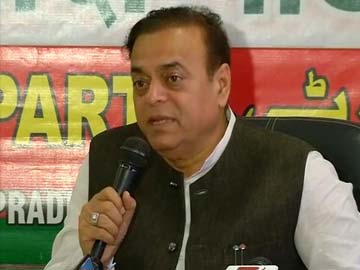 "I never said that the girl who is raped should be punished. I said rapist should be punished and girl is a victim. I said that all of us should show solidarity with the girl," Mr Azmi said in Mumbai. "I will never make such statement, only a mad person will say such things," he added.

On Friday, Mid-Day published a report quoting Mr Azmi as saying, "Under Islam, rape is punishable... any woman if, whether married or unmarried, goes along with a man, with or without her consent, should be hanged. Both should be hanged. It shouldn't be allowed even if a woman goes by consent." (Read the full article)

The Samajwadi Party leader earned widespread criticism for his controversial comments, including condemnation at home from his son and daughter-in-law. (Battle 2014: Track Live Updates)

Mr Azmi's son Farhan, the Samajwadi Party's candidate for the Lok Sabha elections from the Mumbai North-Central seat, said, "consensual sex is a private matter, it's a freedom given to us by the constitution."

"We cannot be discussing these things in front of TV cameras. I have spoken to my father about the comments. I stand against every person who is insulting a woman," he added.

Promoted
Listen to the latest songs, only on JioSaavn.com
Farhan's wife and Bollywood actress Ayesha Takia tweeted, "if wot im reading about my father in laws statements r true then me and Farhan are deeply embarrassed n ashamed...(sic)." (Shamed by father-in-law's statement, tweets Ayesha Takia)

Responding to the criticism from his son and daughter-in-law, Mr Azami said today that everyone has the right to say what they feel.