Women In STEM: 5 IIT Researchers And Their Incredible Journey In Science

With more and more academic institutes opening their doors to women in the form of special schemes and reservations, more women have shown interest in STEM studies. 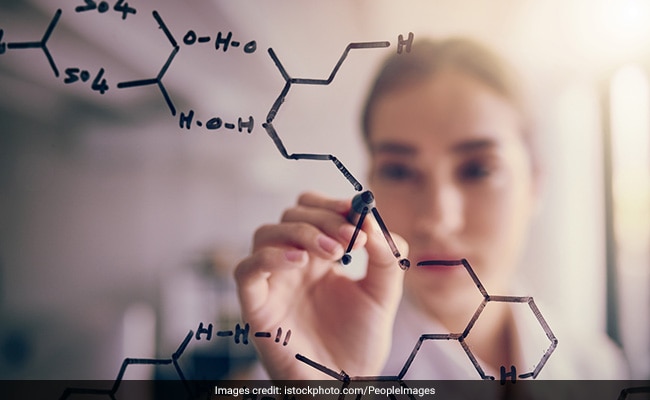 Science, Technology, Engineering and Mathematics or STEM has traditionally been a field dominated by men. But women have gradually made their presence felt in this field with important collaborations and contributions. With more and more academic institutes opening their doors to women in the form of special schemes and reservations, more women have shown interest in STEM studies. However, there is still a considerable gender gap.

One of the common reasons for lesser women in STEM field is the lack of awareness about role models. Women researchers and scholars need to take the center stage in STEM related conversations to encourage more female students to take up STEM for higher studies.

Keeping this in mind we spoke to some women academics from across the country about their stint in STEM and challenges faced by them to shed light on women's contribution in the STEM field and the way forward. Dr. Sujatha Srinivasan founded the Rehabilitation Research and Device Development (R2D2) lab (now the TTK Center for R2D2) at IIT Madras with the aim of developing affordable and functional assistive devices. Her research interests are in biomechanics and mechanisms with application to assistive devices. A startup she co-founded - NeoMotion - is commercialising a new wheelchair with a motorized add-on for outdoor use.

About her interest in the STEM field, she said that even though her parents were not from STEM background, they encouraged her to follow her passion. She said that she was good at mathematics and science in school and Engineering seemed like a natural path for higher education.

She said that she was the only girl in the Mechanical Engineering department at IIT Madras which was a challenge in itself. She recalls how people found it hard to believe that she could like the nuances of mechanical engineering.

About how she overcame her reservations about the field, she said that she gained a lot of confidence after her sting in US where she worked in the industry for about 8 years.

"There, at my job, my gender didn't seem to be an issue, only my competence mattered," she said.

Her advice to girls who wish to join the STEM field is to have faith in their ability to make a difference. She says that plenty career options are available in the field nowadays. 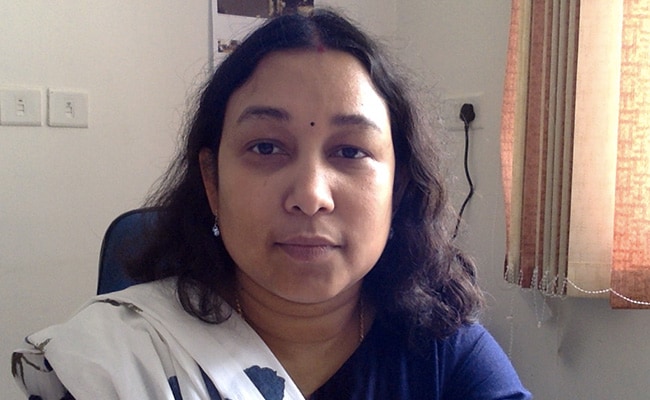 Dr. Aditi Halder is working in the area of energy conversion and storage at IIT Mandi. She did her PhD from Indian Institute of Science, an institution she credits for her interest in this field.

Dr. Halder believes that her research work has larger implication on environment conservation.

"My research group is mainly working on the area of energy conversion and storage. We design and make materials to produce renewable energy which is basically the energy conversion domain. The research related to energy storage deals with the development of low-cost flexible battery and super capacitor (sometimes maybe from agro-waste). My group believes through our research on environmental remediation (e.g. CO2 reduction or pharmaceutical waste degradation) can lead to a better and cleaner environment," she said.

About her interest in the field, she said that it was the diversity and colour of Chemistry which motivated her to study it.

"My Ph.D. institution - Indian Institute of Science, Bangalore encouraged me to study deep down in the microscopic world of materials and their structure-property relationships," she added.

About the challenges specific to women in this field, she said, "As a working mother, we have several challenges that make us doubt our own capabilities, however, it is important to pursue our dreams even if it is tough. My advice to young girls will be "dare to dream" and have self-confidence in oneself." 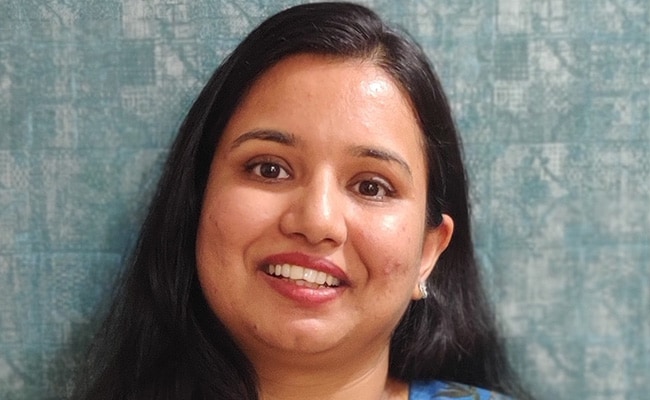 Dr. Mudrika Khandelwal is an alumnus of IIT Bombay where she completed her B.Tech. and M.Tech. degree. She finished her Doctorate at University of Cambridge, United Kingdom. Her lab has developed food packaging materials which can keep tomatoes fresh for 30 days. Her lab has also developed herbal based materials for panty liners targeted to prevent the most common fungal infection in women - candidiasis.

Her work has received the Gandhian Young Technological Innovation award in 2016. She is also the nominated and elected fellow to Indian National Young academy of Sciences. She is also the founding director of Restyro Technologies Private Limited, a startup in process of commercializing its patented technology for recycling polystyrene.

About her interest in STEM field, she said that as a material engineer her research has always been directed at practical application of technology to solving social issues which directly or indirectly affect equality.

She said that she faced similar hurdles faced by most women. Her key to overcoming these was conviction and making conscious and informed choices.

'It's important to know what to expect when you choose a career and the path of progress,' is her word of advice.

Dr. Khandelwal has, in the past, conducted a program called 'Vigyan Jyoti' for girls in classes 10 to 12, targeted to encourage and retain women in STEM. She says that the issue is not just joining but retention. She lists three important factors.

One, lack of female role models in life who can help them see the possibility of overcoming barriers. Second, a near to no existence of a sisterhood, women at work or in academic life to share experiences and help overcome difficulties in life.

The last point that she mentions is a diligent and sincere approach to recognize one's own passion for a field and find relevant information about it. She advises girls to do research the field and find out the possible career path they can carve out for themselves. 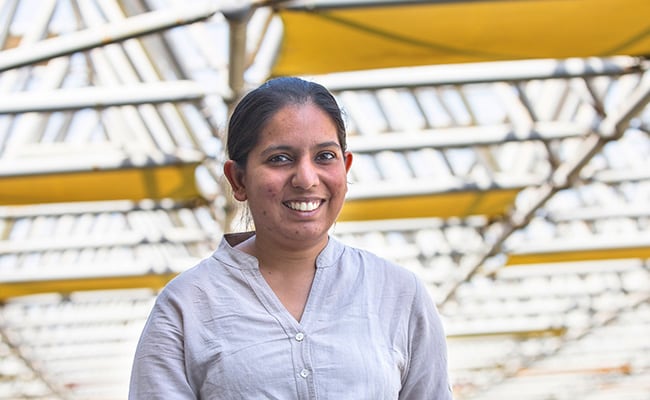 Dr. Misra works in the area of algorithms in Computer Science which involves finding fast and accurate procedures to solve problems that come up in a variety of contexts.

About her inspiration to join STEM field she says, "I was not academically inclined during school - later, I was inspired by the story of the mathematician Paul Erdos."

"I studied in a girl's college and was fortunate to have had a very supportive and encouraging environment starting from home and beyond," she said. About the hurdles she had to face, she said that these were limited to logistics like travel which she overcame by using online resources as a substitute. Using online resources also led her to discovering communities that offered great advice, support, and even opportunities.

"Having a support system makes a huge difference, and I urge everyone to reach out, and if help is not accessible in one's immediate surroundings, then please leverage the internet for support - you might be pleasantly surprised by the possibilities that emerge," she adds as her advice to girls joining the field. 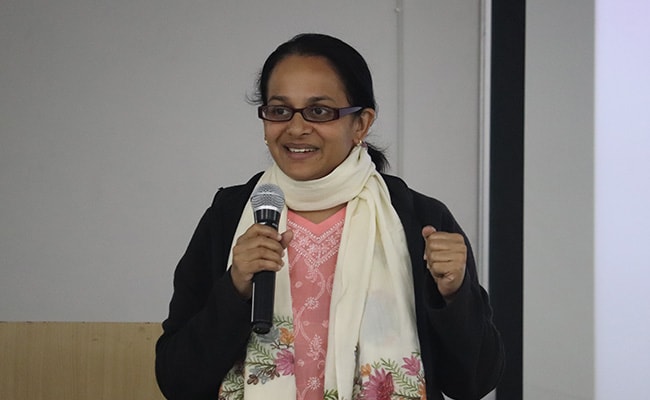 Dr. Sharmistha Majumdar obtained her PhD at Cornell University and completed her postdoctoral research at the University of California, Berkeley. She joined the Biological Engineering department at IIT Gandhinagar in 2014. Her research interests include mechanistic and evolutionary analysis of eukaryotic mobile genetic elements or "jumping genes".

Critiquing the society's obsession with engineering and medical professions she says, "As a scientist trained in basic biology, I am concerned by our society's continuing obsession in pushing our kids into the narrow silos of engineering or medicine. Throughout my career, I have actively resisted the need to conform: right from giving up my MBBS seat to pursue my research dreams to joining IIT Gandhinagar, which is making a conscious effort to move beyond its traditional "technology" tag and instead impart holistic education."

For her the biggest selling point for a career in STEM was the immense opportunities it provides to uncover the secrets of life.

"I wake up each morning acknowledging that unravelling the secrets of the natural world can be both humbling -when you begin to realise how much we don't know- as well as empowering- when you can overturn dogma by rigorous experimental evidence," she says.