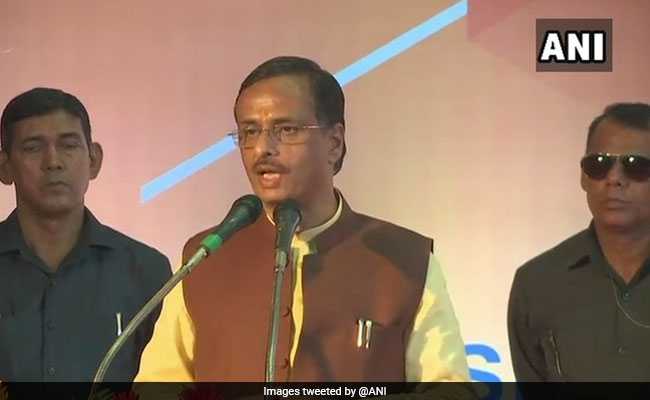 "To achieve the goal, a comprehensive plan has been prepared for activating major components associated in the system," Sharma said here on Saturday, before leaving for Agra. He said, "Not only NCERT syllabus has been introduced but availability of qualified teachers, their screening through written test, is being ensured."

"A nodal officer to supervise proper teaching has been appointed in every district. The norms for evaluating the quality have also been framed. To enhance academic level of the teachers, five master trainers at division headquarters would also be arranged," Mr. Sharma said.

"An academic calendar, in the history of secondary education, has not only been declared, but teaching in 220 academic days, has also been made obligatory, for every school," he said.

Recognising teachers as an "important component" of the education system, Mr. Sharma said the government is making efforts to solve their overdue problems and provide environment conducive to productivity.

For this, he said, the government will felicitate part-time teachers working in self-financing institutions with "Mukhya Mantri Shikshak Puruskar (chief minister teacher award)" on December 25, coinciding with the birth anniversary of former prime minister Atal Bihari Vajpayee. He said 5,696 posts of teachers and other staff have been sanctioned for 194 intermediate colleges started by the Yogi government.

"Since, Secondary Education Service Selection Ayog has been reactivated, the written examination for the selection of 1,344 lecturers and 7,950 assistant teachers would be held on September 27,28 and 29," the deputy chief minister said.

While arrangement for science and maths teachers in government intermediate colleges has been made by sanctioning 695 posts, computer teachers' posts for 130 colleges has also been sanctioned, he said.

As many as 26,590 online complaints from working teachers have been sorted out at directorate level, the minister asserted. According to him, several decisions, including that of increasing remuneration for guest subject experts and for checking board exam answer sheets, were taken in the interest of the teachers of government, aided and unaided schools.

"The introduction of online system for seeking recognition for new secondary schools or Inter colleges, getting duplicate mark sheets and certificates is helping the common man," he said.

(This story has not been edited by NDTV staff and is auto-generated from a syndicated feed.)
Comments
Dinesh SharmaUttar Pradesh