Take Prior Approval From UGC Or AICTE For Distance Learning Courses: Supreme Court To Deemed Universities

The Supreme Court on Friday said no deemed-to-be-university can run open and distant learning courses from the next academic year (2018-19) unless it is permitted to do so by the concerned authorities.

Take Prior Approval From UGC Or AICTE For Distance Learning Courses: Supreme Court To Deemed Universities
New Delhi: The Supreme Court on Friday said no deemed-to-be-university can run open and distant learning courses from the next academic year (2018-19) unless it is permitted to do so by the concerned authorities. "We restrain all deemed-to-be-universities to carry on any courses in distance education mode from the Academic Session 2018-2019 onwards unless and until it is permissible to conduct such courses in distance education mode," a bench of Justice Adarsh Kumar Goel and Justice Uday Umesh Lalit ruled.

"The approvals have to be course-specific," the court stressed. 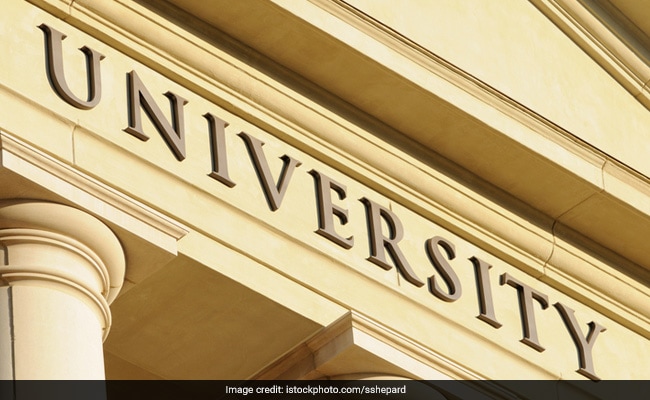 Take Prior Approval From UGC Or AICTE For Distance Learning Courses: Supreme Court To Deemed Universities

"The present case further displays lack of effective oversight and regulatory mechanism for the deemed-to-be-universities. The UGC has completely failed to remedy the situation. Serious question has therefore arisen as to the manning of the UGC itself for its effective working," the judgment said.

Having pointed to flaws in the system, the court directed the Centre to constitute a three-member committee comprising eminent persons who have held high positions in the field of education, investigation, administration or law at national level within one month.

"The committee may examine the issues ... and suggest a road map for strengthening and setting up of oversight and regulatory mechanism in the relevant field of higher education and allied issues within six months," the court said.

The committee, the court said, could also suggest "oversight mechanism to regulate the deemed-to-be-universities".

It said that Centre could examine the report of the committee and "take such action as may be considered appropriate within one month thereafter and file an affidavit in this court of the action taken on or before August 31, 2018."

The court said this as it suspended the degrees granted in the engineering course through distant education mode by certain deemed universities by enrolling students in 2001-2005 without any approval by the AICTE.

Taking note that since Udaipur-based JRN Rajasthan Vidyapeeth had taken the approvals later, the court set this aside and said that the candidates would be given two chances to clear the tests for the courses for which they were holding the degrees.

For the irregularities committed by the officials in statutory bodies and by the four deemed-to-be-universities, the court asked the government to address the question of "action for failure of system, inter alia, on account of misconduct of some of the functionaries who failed to uphold the law and granted approvals contrary to the policy and the rules".

It called for looking into the manning of the UGC and putting in place appropriate oversight and regulatory mechanism, dedicated to distance education degrees especially those relating to technical education by the deemed-to-be-universities in future.

(This article was first published on November 4, 2017 and was updated several times thereafter )