The Centre earmarked Rs 93,847.64 crore for the education sector for 2019-20, an increase of over 10 per cent from the last budgetary allocation. 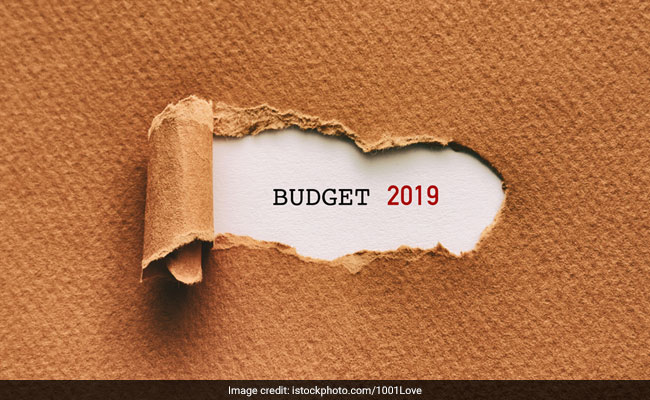 The government has made available more than Rs 17,000 crore using the Higher Education Financing Agency (HEFA) funding mechanism, the HRD ministry said. It is anticipated that another Rs 14,000 crore will be made available in the coming year through this window.

The government has provided an additional equity of Rs 2,100 crore to HEFA to enable it to mobilise the required funds for building high-quality infrastructure in higher education institutes.

The IITs have been allocated Rs 6,223 crore. Apart from this, projects valued at Rs 12,028 crore have been sanctioned from HEFA for the IITs.

"Taking these into account, the fund availability for the IITs has more than doubled for 2019-20 as compared to the previous year. The central universities have been provided Rs 6,484 crore. The UGC has been allocated another Rs 4900 crore," the ministry said.

For research programmes such as IMPRESS, Rs 130 crore has been allotted, marking an increase of 37 per cent from last year. The budgetary allocation for the Rashtriya Uchchatar Shiksha Abhiyan (RUSA) has also been increased from Rs 1,400 crore to Rs 2,100 crore.

The Unnat Bharat Abhiyan, under which 10,000 villages have been adopted by the higher education institutions, has got 70 per cent increase in budgetary allocation, the HRD ministry said.

Presenting the interim budget, he proposed the launch of a scheme -- the 'Revitalising Infrastructure and Systems in Education (RISE)' -- by 2022 with a total investment of Rs 1 lakh crore in the next four years to step up investments in research and related infrastructure in premier educational institutions, including health institutions.

The government allocated Rs 608.87 crore for research and innovation, a massive increase from previous allocation of Rs 350.23 crore.

Goyal also proposed the setting up of two new full-fledged 'Schools of Planning and Architecture' (SPA) to be selected on challenge mode. Additionally, 18 new SPAs would be established in the IITs and NITs as autonomous schools, also on challenge mode, he said.

"The proposal for setting up SPAs have been appraised by the Expenditure Finance Committee. Directors of IITs/NITs and Chief Secretaries of States/UTs have been requested to submit proposals," the minister said.

Goyal said technology will be the biggest driver in improving the quality of education and proposed to increase the digital intensity in education and move gradually from "black board" to "digital board".

"A committee has been set up by the Department of Higher Education to work out the modalities to support 'Operation Digital Board' in all schools and to provide quality education by effective use of technology and telecom services," the minister said.

Delhi University Teachers' Association (DUTA) president Rajib Ray said the percentage increase in funding is not in keeping with the 25 per cent increase in seats, something which the higher education institutes and universities across the country have been directed to do by the HRD Ministry.

He alleged that there was nothing in the interim Budget for the central universities or the UGC.

The HRD Ministry has said it will implement 10 per cent reservation for economically weaker sections of the general category from the 2019 academic session and has directed to increase around 25 per cent seats in higher educational institutes and universities across the country.

Former DUTA president Aditya Narayan Misra said against the allocation of Rs 35,010 crore in 2018-19, the budget has projected the allocation to reach Rs 37,461.01 crore, a mere seven per cent increase which is almost equal to the rate of inflation.

"This year's higher education budget is a HEFA-led budget and the allocation for 11 major schemes of the department of higher education includes a loan financing from HEFA reflecting the intention of the BJP-led government," Misra said.

Ambarish Rai, the national convenor of the Right to Education Forum said, "A mere allocation of Rs 38,572 crore under the National Education Mission, of which only Rs 36, 472.40 crore for School Education under Samagra Shiksha Abhiyan, is grossly inadequate to universalise education up to secondary level."

(This story has not been edited by NDTV staff and is auto-generated from a syndicated feed.)
Comments
budgetbudget 2019