JEE Advanced 2017 Result: Sarvesh Mehtani All India Topper
New Delhi: Indian Institute of Technology (IIT), Madras declared the JEE advanced 2017 results today and Sarvesh Mehtani from Chandigarh bagged all India first rank while Pune's Akshat Chugh ranked second. Considered as one of the toughest examination for the admissions in graduate level engineering courses in IITs and other centrally funded institutes, JEE Advanced was conducted on May 21.

Sarvesh who wrote the exam from IIT Roorkee zone scored 339 marks out of 366, in which he got 120 marks in Maths, 104 in Physics and 115 marks in Chemistry. He was ranked 55th in JEE Main entrance examination.

Akshat Chugh of Pune, who ranked second in JEE Advanced was ranked 7th in JEE Main 2017.

In a rare coincidence, Ananye Agarwal from Delhi ranked 3rd in both JEE Main and JEE Advanced this year. 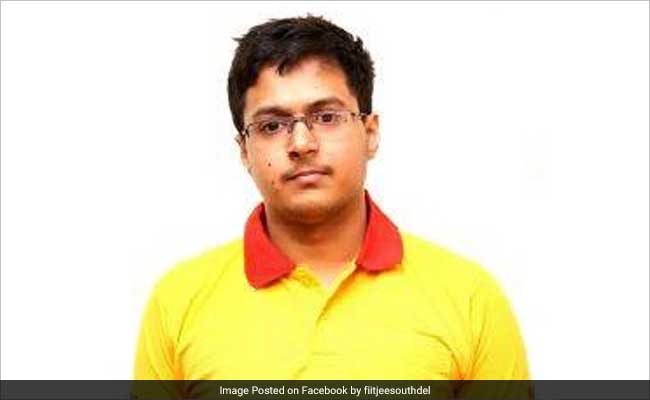 Mehtani, whose father is an officer in the Income Tax department, told PTI that it was always his aim to break into the top 10 in the highly competitive examination.

Watching cartoons on TV, listening to music and playing badminton were the stress-busters for Sarvesh Mehtani

About the activities which worked as stress-busters for him, Mehtani said, "I watched cartoons on TV and listened to music. Reading novels and playing badminton also helped me stay calm and focussed."

Asked about his success mantra, Mehtani said, "Hard work, staying organised and being focussed on the goal. My message for my juniors is to stay calm, organised and work hard."

Based on JEE Main 2017 rankings, about 2.20 lakh top scorers given chance to appear in JEE Advanced 2017, out of which only 1.7 lakh aspirants registered for the exam. 10.20 lakh students had appeared in the JEE main exam this year.

The results can be accessed from JEE Advanced official portal after entering the exam application number and date of birth of the candidates.

IIT Madras has released the all India ranks and category wise rank details on the official website.

The next step in the admission process of IIT, NIT and other education institutes which uses JEE Advanced and JEE Main ranks is JoSAA.