Aiming to empower girls, the West Bengal government has taken the initiative to set up a Kanyashree University in Nadia district and Kanyashree colleges across the state. 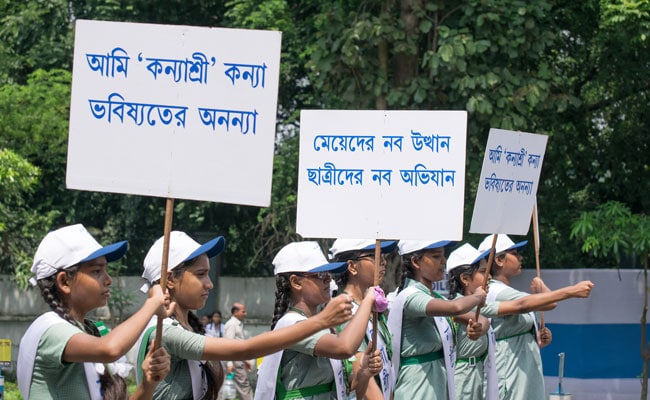 Aiming to empower girls, the West Bengal government has taken the initiative to set up a Kanyashree University in Nadia district and Kanyashree colleges across the state, Chief Minister Mamata Banerjee said on Friday.

Ms. Banerjee had laid the foundation stone of the new university at Krishnagar in Nadia district in January. The Kanyashree university would be only for women.

Ms. Banerjee took to Twitter on International Day of the Girl Child to state that her government started the Kanyashree scheme to empower girls, and it has been allocated a budget of Rs 7,000 crore since its launch in 2013.

The main objective of the scheme is to ensure that girls study in schools and delay their marriages until the age of 18 years.

"Today is International Day of the Girl Child. Our Govt in #Bangla started the #Kanyashree scheme in 2013, which won the @UN (first prize) award in 2017. #Kanyashree empowers girls from school to university level so that they can become independent women," she wrote on her Twitter handle.

"Till date, #Kanyashree has empowered over 60 lakh girl students. Total budget since launch is over Rs 7,000 crore (till Jan 2019). Moreover, the #Bangla Govt has taken the initiative to set up a #Kanyashree University in Nadia and #Kanyashree colleges in districts," she added.

The ''Kanyashree Prakalpa'' seeks to improve the status and well being of girls, particularly those from socio- economically disadvantaged families through conditional cash transfers.

The scheme has two cash transfer components--an annual incentive of Rs 750 is given to girls in the age group 13 to 18 years and studying in Class 8 for every year till they continue their education--provided they are unmarried at the time.

One-time grant of Rs 25,000 is also given to girls once they attain the age of 18 years, provided they are engaged in an academic or occupational pursuit and unmarried.

The Mamata Banerjee government has been awarded by the United Nations for Public Service for its Kanyashree scheme in 2017.

(Except for the headline, this story has not been edited by NDTV staff and is published from a syndicated feed.)
Comments
Mamata Banerjee