Academically weak students in IITs will now have the option to exit in three years with a B.Sc. degree instead. 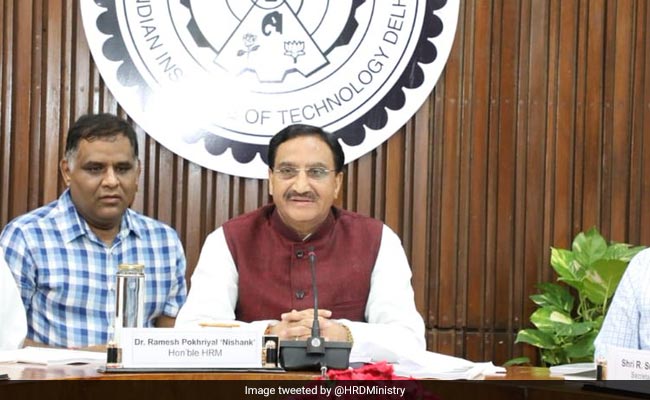 Academically weak students in IIT can now exit in 3 years with B.Sc. degree

Academically weak students in IITs will now have the option to exit in three years with a B.Sc. degree instead. The proposal to introduce an exit option was approved at the Council for Indian Institutes of Technology (IITs) meeting which was chaired by the Union Minister for HRD, Dr. Ramesh Pokhriyal 'Nishank'.

"Academically weak students, who are not able to secure the required credits for promotion to the next semester may be allowed an exit option with a degree programme after second semester, rather than being forced out of the programme," a senior HRD Ministry official said.

Until now, B.Tech. students were required to complete eight semesters in order to receive their graduate degree. With the early exit option in place, students will have to choice to opt for a B.Sc. degree instead after their second semester and leave after three years, provided they meet a set of minimum academic criteria, added the HRD official.

According to HRD Ministry data, a total of 2,461 students dropped out from the 23 institutes in the last two years (both at the undergraduate and postgraduate level).

"Since students make it to IITs after clearing a cut throat competition process, they are quality students but are not able to cope up with the academic requirements at times. It was felt they should be given an exit option rather than the entire effort going waste," the official explained.

The issue was also highlighted by the HRD Minister in Parliament in July where he attributed the poor academic performance of students as one of the main reasons behind the student drop-outs. .

"Dropouts in undergraduate programmes are attributed to withdrawal due to wrong choices filled, poor academic performance of students, personal and medical reasons," he had said.

Each IIT will have the freedom to decide the modalities for the early exit option.

Initially some IITs were opposed to the idea of introducing an exit option since some of the IITs already have the option to grant Diploma instead of an Engineering degree to students who fail to fulfil the credit requirements of the course.

The meeting was also attended by the Minister of State for HRD, Mr. Sanjay Dhotre. Mr. Dhotre praised the IITs for the coordination and collaboration among the different IITs.

He tweeted, "IITs will be broad basing its research through further developing its collaborative research linkages with institutions working in different spheres of human progress."