In the draft report, the ICAI has omitted the scope of re-evaluation citing regulation 39 (4) of CA Regulations 1988. CA students had demanded an amendment in the said regulation. 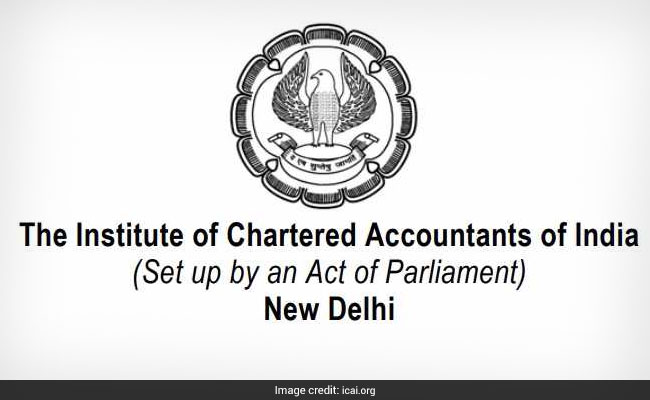 In the draft report, the ICAI has omitted the scope of re-evaluation.

Months after forming a high level committee for looking into CA exam process and regulation, the Institute of Chartered Accountants of India (ICAI) has released the draft report based on the recommendations given by the committee. The ICAI had formed the committee and invited suggestions from stakeholders on various issues related to the CA exams, days after CA students staged protest in Delhi demanding re-evaluation of CA answer papers.

In the draft report, the ICAI has omitted the scope of re-evaluation citing regulation 39 (4) of CA Regulations 1988. CA students had demanded an amendment in the said regulation.

It may be noted that explanation to Regulation 39(4) of the CA Regulations, 1988, provides specifically that "re-examination of answers shall not be permitted under any circumstances", the CA exam regulator has said in the draft report.

ICAI has invited suggestions from stakeholders on the draft report till February 24.

Suggested answers do not constitute the basis for evaluation of the students' answers in the examination, it says.

"The examiner will use his/her discretion (about quality of arguments, use of evidence, presentation, etc.) and award appropriate marks to the answers, if the approach followed is found valid and the answer is correct. Examiners may use their judgment in allotting marks to partly answered questions also," the draft report reads.

"A student who secures less than 20% of the total marks of a group or both the groups of the Intermediate level exam, in which he had appeared, in two consecutive exams, may not be permitted to appear in the two succeeding exams," it recommends for CA intermediate level exam.

In September 2019 CA students claimed that their answer sheets were not evaluated properly, and protested outside its central Delhi office demanding re-evaluation.

The protest was backed by Rahul Gandhi. "Given the widespread reports of errors in the evaluation of answer sheets, this demand is justified and should be supported by all political parties," he had said then.

As on September 27, the ICAI had received around 53,000 applications for showing answer sheets from around three lakh CA aspirants who took the exams conducted by the institute.