Two-day Difficult Dialogues 2019 annual session is being held in Panaji, Goa with leading educationists and experts from all over the world participating as panelists. 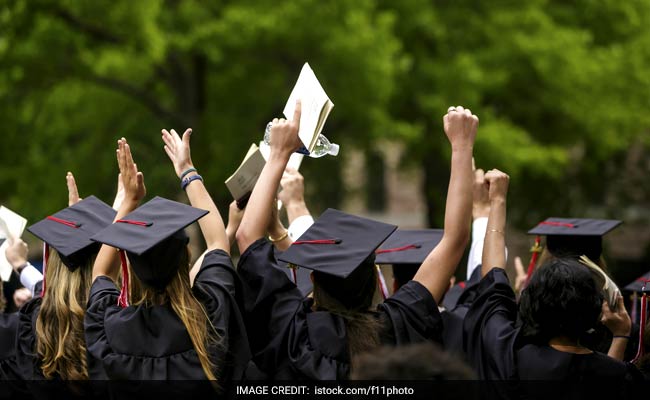 Can value education be formally taught in classrooms? Why are the best minds of India not choosing academia? While enrolment of girls at primary level of education is improving, is there still a big drop-out rate in the secondary level due to social pressure? Why does the ambitious Right To Education not have a financial roadmap?

These were some of the questions raised on the first day of the two-day Difficult Dialogues 2019 annual session here on Friday.

"The best minds are not getting into academia which is affecting the quality of education in our higher education institutes. Political interference and state control also stifle innovation and flexibility.

The need of the hour is to get back to faculty-based decision-making where teachers are involved in financial, administrative, pedagogical and academic issues.

"Autonomy and diversity are essential to innovate, that is the stepping stone to building excellence," the panellists suggested.

The policymakers and educationists also stated that India has 42,000 higher education institutions whereas China has only 3,000, but most of the Indian institutions are unidimensional and not multidisciplinary and primarily focused on engineering and management.

It was suggested that universities in India should be multidisciplinary and include social sciences and liberal arts, so that they could provide a holistic education and an environment of excellence and personal development.

The session on 'Education for All' attended by Faculty of Education, University of Cambridge Arathi Sriprakash, civil servant Vrinda Swarup and Nivedita Menon from Centre for Budget & Policy Studies underlined that gender inclusion when it comes to education was still a problem in the 21st century.

"While commendable work has been done in certain segments like tribal inclusion and remote areas, inclusion, gender inclusion, remains a problem. Although enrolment of girls at the primary level is happening, there is a big drop-out issue at the secondary level due to social pressures which needs to be addressed," one of the panellists stated.

It was also debated whether fundamental values of humanity and ethics can be formally taught in classrooms or do they evolve from familial structures and interactions.

Though the topic saw varying view-points, the academicians agreed that educational institutions could play a role in ensuring a holistic education built around cultural pluralism, interdependence and sound value systems. Another crucial topic discussed at the session was the Right to Education Act. The Act talks about free and compulsory education to all children in the age group of 6 to 14 years as a fundamental right.

"The Right to Education Act does not have a financial roadmap to go with it. Without the actual planning, implementation becomes difficult," the panel of Centre for Policy Research President & Chief Executive Yamini Aiyar, UNICEF India representative Yasmin Ali Haque and others said.

"Roughly 150 million children are still in the public education system in the country. We would need to spend 1.2 per cent more on the budget on education to have one teacher for every 30 students. We have been under-spending, and this too is concentrated in a few states like Bihar, Jharkhand, West Bengal, Orissa, Madhya Pradesh, Uttar Pradesh and Rajasthan," they added.

(This story has not been edited by NDTV staff and is auto-generated from a syndicated feed.)
Comments
EducationRTE