NEET Rank Below 1 Lakh? Check Which Colleges Will Give You MBBS Seat Read More

DHSE Kerala First Year Result October 2017: Know How To Check
New Delhi: Directorate of Higher Secondary Education, Kerala commonly known as DHSE Kerala has declared the first year higher secondary equivalency exam result. The exam was held in October 2017. Candidates who had appeared for the examination can now check their result at the official website keralaresults.nic.in. The second year result was declared in December 2017; the exam was held in October, as well. DHSE had postponed the exam dates for some of the plus one and plus two (first year and second year) equivalency examinations. The examinations scheduled from 8-10 October had been rescheduled to 20-22 October. 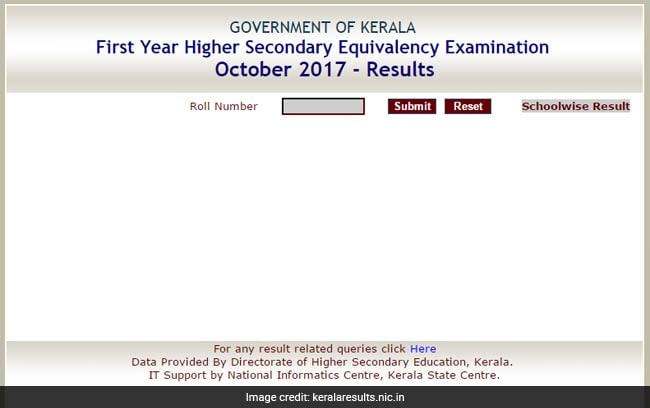 Step 1: The candidates, who are searching for the results, may logon to the official results portal of Kerala results, keralaresults.nic.in.

Step 3: Enter your exam roll number and date of birth

You Can Prepare For JEE Main Without Spending A Paisa. Read How Read More

How Much Does It Cost To Prepare For SSC Exams, Including SSC CGL, SSC CHSL? Read Here

Things To Know Before Choosing The UK As A Study Destination

How Much Should You Budget To Attend NEET Coaching In Kota For One Or Two Years? Read Here

Delhi Government To Set Up Medical College In Dwarka; Admissions To Start From 2025