Delhi has been experiencing rain for the last two days.

Yamuna river is currently flowing at 204.92 meters, which is 0.09 metres more than the danger level.

The water level in Yamuna river has crossed the danger level in Delhi following water discharge from Haryana's Hathnikund Barrage and continuous rainfall. The river is currently flowing at 205.06 meters, which is 0.23 metres more than the danger level.

The Delhi government has already issued an alert. The Irrigation and Flood Control Department of the city government has made preparations to evacuate 100 people residing in low-lying areas.

The official said the "water level will increase further" but there is "no danger" right now.

The current water level is 0.23 metres more than the danger mark. 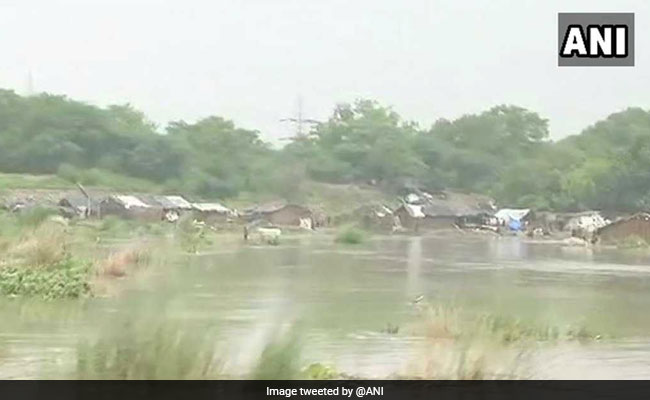 The water level in Yamuna is set to rise further, the authorities have said

At 9 a.m., Haryana discharged more than 2,11,874 cusecs of water from Hathnikund barrage -- which is used for drinking purposes in Delhi -- and more water will be released later, the official said.

The department has made announcements for people to evacuate the low-lying areas and preparations have begun.

Incessant rain since last few days affected the national capital and adjoining areas, with parts of the city witnessing waterlogging, leading to congestion on both arterial roads and service lanes.

Delhi has been experiencing rain for the last two days.